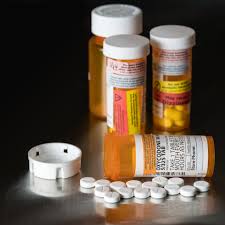 The opiate epidemic has been a plague on our country for close to 30 years, but within the last 12 years it has become drastically worse. There are a number of reasons it has become a progressively worse issue, and the worse it gets, the more drastic the consequences become. People are overdosing and dying, prisons are filling up with addicts when they need rehabilitation, and treatment is not accessible by many of the people struggling with this issue. In 2016, 48.5 million or 18% of the population used an illicit substance or misused a prescription. Of that, 4.4% used some form of opiate (heroin, Oxycontin) that is only second to marijuana at 13.9% (Center for Disease Control, 2018, p 7). Prescription opiates are trending higher for misuse than any other drug (Segal, Gerdes & Steiner, 2018, p 362). We are spending 78.5 billion dollars a year addressing this issue and yet between July, 2006 and September, 2017 overdoses increased 30% in 52 areas of 45 states (National Institute of Drug Abuse, 2018). Clearly the solutions that are being currently put fourth are not working and we need to find a new way to address this issue before it continues to get worse.

There are number of things that have contributed to the consequences of the opiate epidemic in our country, but at the center of it is pharmaceutical companies and prescription opiates. In the year 2006, healthcare providers wrote 72.6 opioid prescriptions per 100 people in the United States. By 2010 this rate had increased by 3% annually. By 2017 that number had been reduced by 19.2% leaving it at a rate of 58.5 prescriptions per 100 persons. This means that in 2017 17.4% of the population in the United States received one or more prescriptions for opiates that year, with the average being 3.4 prescriptions per person (CDC, 2018, p 6). This is important because it is estimated that 21-29% of people prescribed opiates misuse them. 8-12% of those people develop a substance use disorder, and 4-6% of those people will transition to heroin (NIDA, 2018). 80% of people who use heroin first misused prescription pain medication (NIDA, 2018). Although there was a decrease in the number of opiates prescribed, the number of overdoses increased in 2016. This shows that prescription opiates are one of the main causes behind the opiate epidemic in our country. Heroin has become deadly due to it being cut with synthetic opiates like fentanyl (another prescription opiate), and most of the people who end up using heroin start with prescription opiates before developing a substance use disorder.

This issue is affecting people in a number of ways, one of the ways it is affecting people on a micro or individual level is overdose and death from overdose. Overdose is arguably the harshest self inflicted consequence of addiction, more specifically opiate use disorder. This could be considered a mezzo issue because of the person providing the drugs or the effect an individual’s death has on those in the community, but it fits micro because it is one of the worst things that can happen to you on an individual level. 2016 set a record for the number of deaths caused by drug overdose at 63,632 or 19.8 per 100,000 people. Prescription or illicit opioids were involved with 66.4% or 42,249 of these fatalities. Among all of the deaths that occurred from opioid overdoses the most common type of opiate that caused them were synthetic opiates like fentanyl. Of the 42,249 opiate related overdose deaths fentanyl was to blame for 19,413 of these. This was followed by prescription opioids at 17,087 deaths, which in turn was followed by heroin at 15,469 deaths. These are not mutually exclusive from each other, meaning that one or more of these could have been found in someone’s system at the time of death (CDC, 2018, p 7). This could be because, as referenced previously, many illicit opiates are being cut with synthetic opiates like fentanyl and fentanyl is 50-100 times more potent then morphine, which makes it much easier to overdose on (NIDA, 2018). Although some people will actively seek out fentanyl for recreational use, it is often used to cut heroin in order to save a dealer money or make the product better. What’s worse is that there is no real way, short of a test kit to see if what you’re ingesting has fentanyl in it, which could also lead to overdose (NIDA, 2018). There was a rapid increase in overdose deaths involving synthetic opioids starting in 2010 and continuing through 2016, increasing 87% annually from 2013-2016 (CDC, 2018, p 7).

To examine the way that this issue is impacting people on a mezzo or community/family level, it’s important to acknowledge the way that most addicts are getting high on opiates. A popular way of using heroin or other opiates is intravenously. The reason for this is not only that it’s the quickest way of delivering opiates to your bloodstream, but it also produces the strongest and longest high, which is why it is favored among addicts. Not only does injecting heroin increase the risk of overdose, but it also increases the chance of contracting HIV/AIDS. HIV stands for human immunodeficiency virus and is a precursor to acquired immune deficiency syndrome (AIDS) (Segal, Gerdes & Steiner, 2018, p 388). It is a bloodborne disease, meaning that it can be passed through things like sexual contact and sharing needles for IV drug use. In 2004 the CDC estimated that 70% of infections were contracted through heterosexual contact and 28% were due to injection drug use. In the United States there are more than a million people living with HIV and it is estimated that 1 out of 8 of those people do not know they have the disease (Segal, Gerdes & Steiner, 2018, p 388). While HIV isn’t necessarily fatal, AIDS is. To have AIDS you must have HIV antibodies and an opportunistic infection like an AIDS related cancer. The death rate from AIDS has fallen over 45% since 2005, however there is still no cure. There is a treatment, but it is expensive. 1 in 4 people with HIV cannot afford it (Segal, Gerdes & Steiner, 2018, p 389). All it does is help manage the disease, not cure it. IV opiate use increases the risk of contracting HIV/AIDS and giving it to someone else or unknowingly passing it on to your child as it’s genetic. This can have many negative consequences on a family or community.

A way that this issue is impacting people on a macro or state/national level is through lack of access to treatment and criminalization. During the 1970’s the Nixon administration started the war on drugs. The objective was to limit the availability of drugs with hopes that use would go down (Segal, Gerdes & Steiner, 2018, p 389). By 2015 the United States had spent about 25 billion dollars on drug control with 66% of that going towards incarceration (Segal, Gerdes & Steiner, 2018, p 389). People all over the country are being locked up for drug offenses like possession charges, addicts who are caught with heroin could potentially be thrown in prison. It is estimated that as many as 48% of inmates in federal prisons and 16% of inmates in state prison are there for drug related offenses (Segal, Gerdes & Steiner, 2018, p 390). Addicts in prison don’t have access to the necessary treatment for rehabilitation. Which makes them more likely to use or offend again when they are released. Which means they could potentially get caught again and wind back up in prison, restarting the whole cycle. The addiction rate has remained pretty much constant since the 1970’s, when the war on drugs was started, at around 1.3% of the population, while the budget for drug control has continued to grow. This shows no direct correlation between drug control and addiction rate and is evidence of a broken system (Dai, 2012). Addicts need treatment, treatment they are not getting in jail. Opiate addicts will often steal or commit crimes to make sure they have money to get their fix. They are likely to leave jail and commit a crime in order to get high again because they didn’t receive treatment while they were locked up. This is an issue that has repercussions nationwide and involves the entire country.

Clearly there are a number of consequences that have occurred because of the opiate epidemic in our country on micro, mezzo and macro levels. It is no longer a contained issue, and it would be hard to find anyone in the country whose life has not been touched by the crisis. A potential solution to the micro level issue of overdose deaths are safe injection sites. A potential solution to the macro level issue of criminalization could be decriminalization.

There are a number of reasons that people across the country are overdosing on opiates, whether it is the fact that they are alone and have no one to help revive them or the people with them don’t know how to go about reviving them. A potential blanket solution to this problem is opening up safe injection sites. Safe injection sites are places where addicts can go to receive clean needles, cookers and tourniquets and get high under the supervision of trained staff who is supplied with NARCAN, without fear of being arrested. This could help solve the micro level problem of overdose deaths by providing addicts a safe place to use. In Vancouver, they opened safe injection sites and evidence from those suggest that safe injection sites are associated with lower overdose mortality, Vancouver had on average 88 fewer overdoses per 100,000 people annually, they also saw a 67% drop in ambulance calls for treatment of overdoses, as well as a drop in HIV infection rate (addressing the mezzo issue as well) (Ng, Sutherland & Kolber, 2017). Many states have vetoed safe injection sites citing the reason that it could be seen as enabling addicts and draw more crime to the area they are located. Social workers could help this process by advocating to local senators and mayors in an effort to open safe injection sites. If opened, they would help reduce overdose deaths and decrease HIV rates.

A potential solution to addressing the macro level problem of drug addicts being locked up for drug offenses, instead of receiving the necessary treatment, is decriminalization of all drugs. This wouldn’t make all drugs legal, but if we instituted a system similar to what Portugal instituted in 2001 it could help. In Portugal, drugs still are not legal, but if someone is found with drugs under a certain amount, they will just be confiscated. They are then required to undergo an assessment with a social worker, psychologist and lawyer determining whether or not they need treatment of further resources (Frayer, 2017). Since 2001 the drug induced death rate has dropped five times lower than the European average and there are only about 2,500 drug related cases per year, which is a 75% drop since the 90’s (Frayer, 2017). While there isn’t much data on the overall effect that decriminalization of drugs has on Portugal. It seems to be the obvious solution for the issue in the United States. What we’re doing right now is not working. Instead of putting 66% of the 25 billion dollars that has been spent on drug control since the 70’s towards incarceration, it could be put towards making treatment more widely available. If this was instituted, it could potentially help the United States put more money towards treating addicts and making treatment more widely available, as well as lowering crime rates and reducing the likelihood drug related offenders will reoffend. Social workers could help raise awareness about what decimalization could do for our country, as well as advocate to politicians in favor of this policy.