A morning with Jamie Hejna 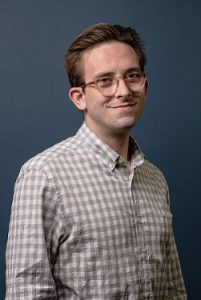 I sit silently in my desk chair waiting for the Zoom call to connect. The level of isolation that’s come as a biproduct of the pandemic has me nervous to socialize with someone new. However, when the call connects I’m greeted by someone with an inviting grin. I barely have time to give my interviewers preamble before Jamie jumps right into the nitty gritty of getting to know one another. We chatted and laughed over shared experiences in sobriety and addiction, discussed our ambitions and professional lives, and laughed about mutual friends. Turns out he’d gone to college 45 minutes from where I grew up and was also born three hours from there. I knew I had him pegged as an East Coaster, go figure.  It took me about a half an hour before I realized I hadn’t ben recording, nor started the interview.

To preface all of this, Jamie is a freelance digital marketer. He started his own Full Service Digital Agency, Ollie Marketing. He represents a handful of business and clients across the country. I mention this because I feel like it gives context to Jamie’s story, experience at StepUP, and how far he’s come. As someone who also has an interest in marketing, I found myself in awe of Jamie’s ambition at various points in our conversation. If you want to check out his agency’s home page or a few of his clients, click the links at the end of the interview.

T: Why don’t you tell me a about what your early life was like and what the front half your addiction was like?

J: Absolutely. Thank you for taking the time, by the way. Always happy to chat with current step up students. I grew up in Connecticut. I started drinking and using drugs when I was in middle school which continued throughout my adolescence. Everything definitely became elevated, through, through my drug use. It got to the point where I barely graduated high school and just kind of slipped by. I applied to several colleges and got into one which was Johnson State in Vermont, this was in 2010.

When I got to Johnson state I did pretty well at first, but like many others dealt with not necessarily being prepared and going through a process of burning down all the bridges and everything coming to a crashing halt. That happened pretty slowly though, I mean I got through two and a half years up in Vermont. My grades dwindled lower and lower each semester and everything finally came to a screeching halt in 2012. It was around 12/12/12 to date and I dropped out of college and I went to my first treatment center, which was Karen Foundation in Pennsylvania. At that point I remember going into the program and, as it relates to my collegiate career, thinking that there was no way that I would get another opportunity again to be able to go to a four year school. I danced around sobriety for a few years working in working various  jobs like serving tables, I lived out in California for a little while…

T: Were you sober that whole time?

J: No, my story has a lot of ins and outs. I’ve had had periods of sobriety that have been as long as two and a half years, and really I wouldn’t change anything about that, because the journey has just been, it’s been so worthwhile every step along the way.

T: What brought you to Minnesota specifically?

J: So basically, I think it was somewhere in 2015 I had another relapse and ended up getting sent to Hazelden in Plymouth, Minnesota. There I am sitting in the facility wondering how? Like “what’s it gonna take for me to get out of this revolving door and be able to find happiness and peace within myself?” Um, and during that time, there was a step up committee of students who came in to Plymouth, and basically talk about the program, I guess you know promoting it. I had never heard of a collegiate recovery program before. I had no idea something like that existed. It seemed like an opportunity to have a sense of purpose, that, that I don’t think I ever really had.

T: Did you ever see yourself going back to college at that point? Or did you see it as a door that had been closed?

J: You know financially things were a mess because I just avoided student loans from the last school. So that was, that was a financial hurdle that I was dealing with. But, I still applied and I got my acceptance letter into Augsburg and I was able to convert my default loans. I went from Plymouth into Fellowship for a three month program. I got out of Plymouth in May, so I was in Fellowship for June, July, August, basically. It ended up working out perfectly where my first day at Augsburg orientation was my last day of fellowship.

T: God, that must’ve been a good feeling.

J: Yeah it was great. There was no layover and nowhere to have to kind of figure out like what I was going to do in the meantime. So it was August of 2015 when I started at Augsburg. I think within, you know, the first week I had already met tons of people who are in recovery, in college, and trying to better their lives. It was a really needed change.

T: Was that intimidating initially?

J: It was definitely intimidating.

T: Now, did you ever see yourself, like, going in the direction of freelance and developing your own brand?

J: Well, everything moves so quickly. I think what occurred was when our first quarter results came in at my old marketing job. I realized that I just built something that improves a business’s statistics and in a way like truly grew a business. I was so excited, the excitement overpowered any intimidation that I felt about going off on my own. I remember, like during this time, talking to family members about it. A lot of them were encouraging me to take a safer option. I just felt like this urgency, like my vocation is really taking shape in my life. I ended up pursuing that feeling, and basically, I’ve been doing it ever since.

Our conversation went on for another 20 minutes or so. We continued to hash out the details of Jamie’s journey into the world of freelance marketing. Those details that canvassed our entire conversation helped me feel like like we had really fostered a connection over our hour and a half morning pow wow. Coming away from the interview, Jamie left me with a few takeaways. The first was that, the ambition and perseverance of StepUP alumni will never cease to amaze me. Second, you never know when you’ll end up forging a connection within our community (a reminder I felt that I needed). Finally, Jamie’s got one of the cleanest frontside boardslides in the game.