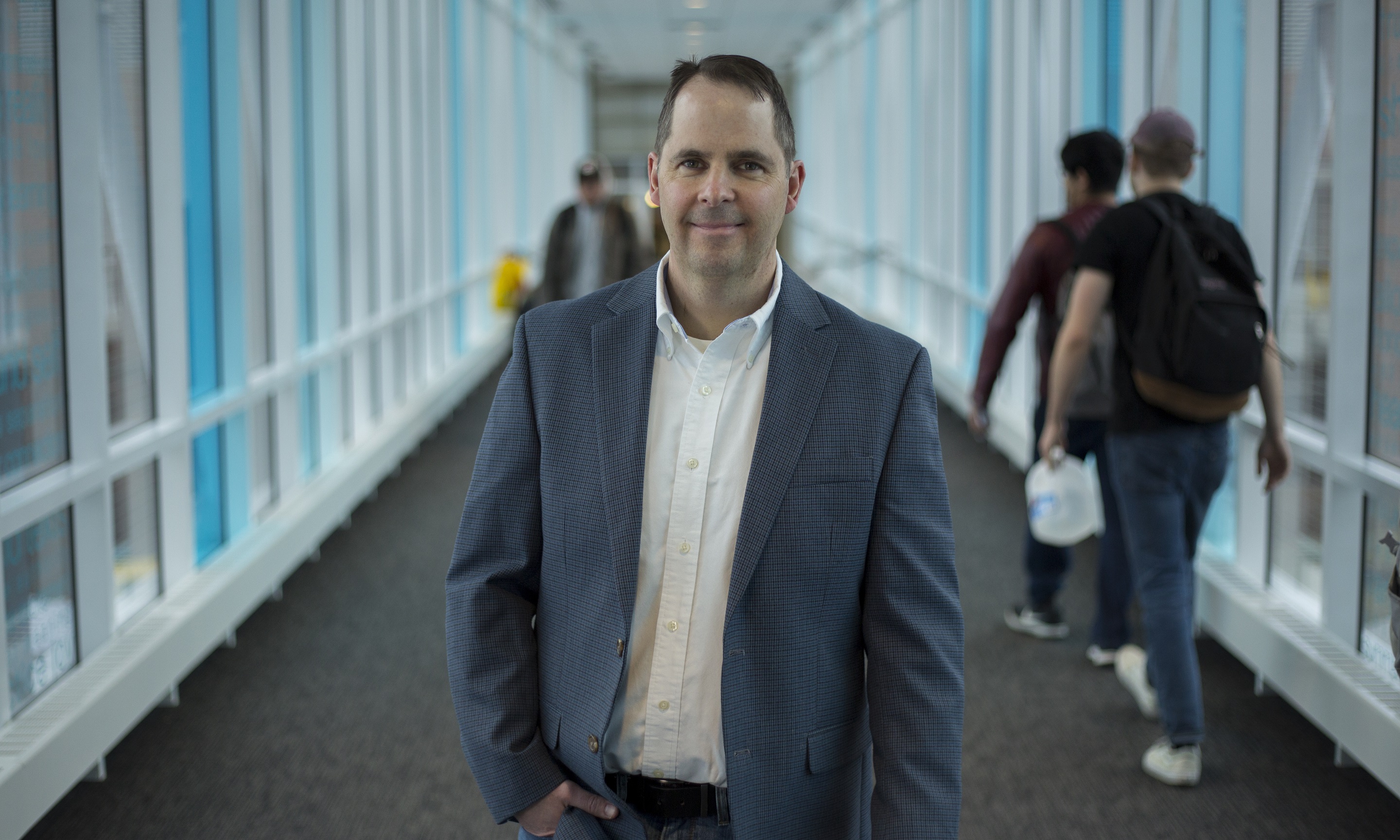 Tim Pippert, Professor of Sociology and Director for the Center for Teaching and Learning, has dedicated many years to researching inequality and understanding how and why such disparities in wealth, opportunity, and access exist in our communities. In these stories, Tim reflect on inequalities found very close to home — and how sometimes the smallest kindnesses can make the greatest difference.

Paul Pribbenow: I’m Paul Pribbenow, president of Augsburg University. Augsburg educates students to be informed citizens, thoughtful stewards, critical thinkers and responsible leaders. It’s my great privilege to present the Augsburg podcast, one way you can meet some of the faculty and staff I’m honored to work with every day.

Tim Pippert: My name’s Tim Pippert, and I’m a member of the faculty in the sociology department. I’ve been here since 1999 and I’m currently also the director of the Center for Teaching and Learning. My dad was a chemistry professor at a small college in Nebraska. I saw that really wonderful community that a small college had to offer, and I really wanted to be a part of that. So when I was at a larger institution, I got my degrees from the University of Nebraska. I loved that big college feel for a while, but I saw what we were really missing, and that was those really great connections between faculty and other faculty members, and faculty and students. My mother was the director for WIC, Women, Infant, Children, and so at the time, being in middle school and high school when she did that, that had a large impact on me wanting to be a sociologist that studied inequality. I ended up in a sociology class just by chance and immediately fell in love. All of the pieces came together at that point.

What was it about being able to see the world in a different perspective that I hadn’t actually grappled with before, and so it is like a light bulb that popped on and so that’s when I became really interested in sociology and I haven’t been able to shut that off since. I’ve done research on what are called fictive kin relationships among people experiencing homelessness and the social ties that they build on the street. Right now I’m really interested in North Dakota and the oil boom, and the way in which small towns experience a large population boom. One of the most exciting classes that I get to teach is the keystone for the honors program. I teach that every other year. The subtitle of that class is Homelessness in Affluence. What does it actually mean to live with excess versus what does it mean to not even be able to have a roof over your head? But how does your navigation within the social institutions change when you have excess versus essentially very little to nothing?

We’ve had this amazing connection with students that kind of opens many of their eyes, because the honors program is really fantastic. It’s heavily concentrated towards the natural sciences. So President Pribbenow and I have the opportunity to catch students on their way out the door that are biology majors, business majors, chemistry majors, that haven’t thought about social inequalities in a way that social scientists have. I had a student a year ago in statistics. He was a really hard worker, but statistics wasn’t coming that easy for him. I helped him on numerous occasions, but I would say that I did not think we had a very strong connection. But immediately after the election, he showed up in my office and asked if he could close the door. At that point, he told me that he was an undocumented student, and that he was worried.

And he’s telling me that he’s afraid. That was a really difficult thing to hear from a student, being my position of never having to worry about that. So what I told this student is I can’t impact public policy, and I cannot offer him any Pollyannish view about what may or may not happen to him and his family. But what I can promise him was that I work at an institution at Oxford University that will not leave him behind. We will do everything that we can to make sure that he gets to finish his education. So that started a different relationship with that student. I see him all the time, we always chat, and he asked me about the Washington semester, which is a program that happens in Washington, DC, and if he should apply for that. He was nervous about being an undocumented student going to study off campus. I encouraged him to do that. I wrote a letter of recommendation for him and he went and he found that to be an amazing experience.

Came back energized. He had the opportunity to see sociology play out in terms of federal policies and just came back exceedingly energized. Well, he also came to me and confided in me that he had another issue. He told me that the way in which his scholarships were playing out, and his aid that he was receiving, it wasn’t going to be quite enough for him to finish out his degree. He was only one semester away from graduating, so this was last fall and this spring would have been his last semester. We only offer the senior seminar in sociology once every year, and it’s in the spring. I knew if he didn’t stay this semester, it would be at best, a year before he could graduate. I told him I understood, that this was a problem we might be able to tackle, but I said, you should also take some agency and start thinking about other ways that he might address this handle at my thinking about jobs.

I went back to my office, and I sent an email and I simply said, I know you folks get lots of requests, but here’s the pitch. Here’s a student, and I laid out his situation. He’s undocumented, he probably needs about $3,000 to be able to stay in school. So when I walked up to my office, we have a seminar room in the sociology room where a lot of students will study, and this student was with his best friend. They’re exceedingly tight, they take almost, I think, all of their classes together, and I went up to the student, and I said, have you checked your email? Do me a favor and check it. He could not form a sentence. He talked when he could get words out, about what this will mean to his mother, to graduate from college. And then the most beautiful thing happened. His best friend took over.

The other students started essentially telling me, interpreting, because the first student, he just couldn’t form a sentence, and he stood up and asked if he could give me a hug. All I did was send an email, willing to help a student who’s undocumented to finish a college education. He’s talking about going to law school now. The vision of being intentionally diverse wasn’t just a statement to be made to make everybody feel better. It was an actual driving statement that moved this institution incredibly quickly in a direction that brought more energy, brought more enthusiasm, and brought frankly, a much better perspective to the teaching that we do in our classrooms because the perspectives are so varied. It’s exactly what we should have expected would’ve happened. The Cedar Riverside neighborhood has been a home to immigrants since the start of Minneapolis.