Fifteen years before Augsburg moved in next door, Edward Murphy donated land
for the first city park in Minneapolis—what is now Murphy Square. For years prior, the parcel had been used as a cow pasture.

Augsburg elected an erudite and scholarly teacher, Bernhard Christensen ’22, ’25, to be president. He led the institution for nearly 25 years, during which time Augsburg made vigorous efforts to expand and enhance academic offerings.

Paul Simon and Art Garfunkel played for more than 3,000 people in Si Melby Hall on Nov. 10, 1967. According to an Augsburg Echo review, the lengthiest applause was reserved for the song, “To Emily, Wherever I Might Find Her.” The same year saw the openings of Urness Hall and the Christensen Center, with the Marshall Room at the time serving as a faculty lounge to the resentment of the Echo’s editorial board.

Construction began on what is now the Charles S. Anderson Music Hall, which would open a year later, bringing the entire music department under one roof for the first time in 100 years.

In 2007, Oren Gateway Center opened, connecting Riverside Avenue with the James G. Lindell Library, which opened a decade earlier. OGC will lose the distinction of being Augsburg’s newest building when the Norman and Evangeline Hagfors Center for Science, Business, and Religion is completed in late 2017.

Where faith and public life meet

Another five years of serving scholars 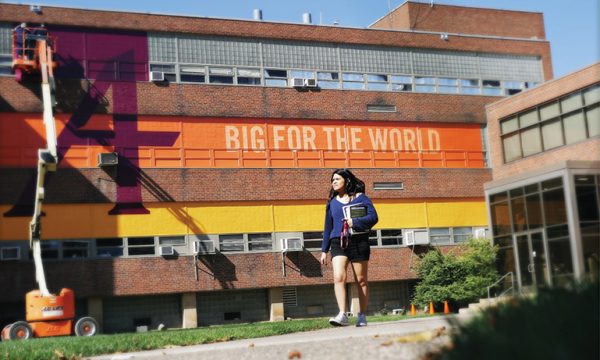 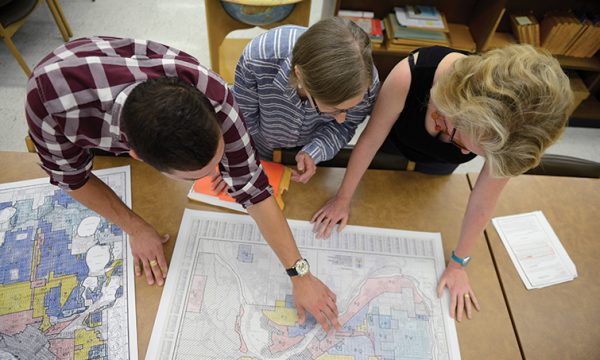 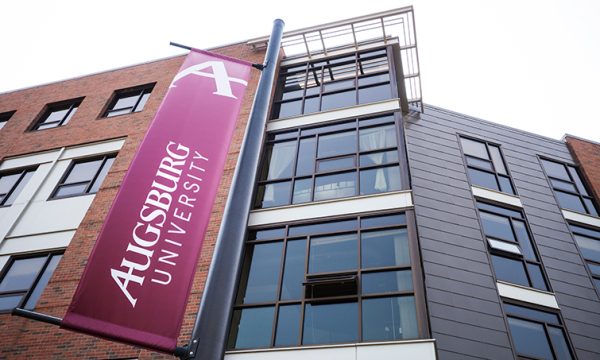