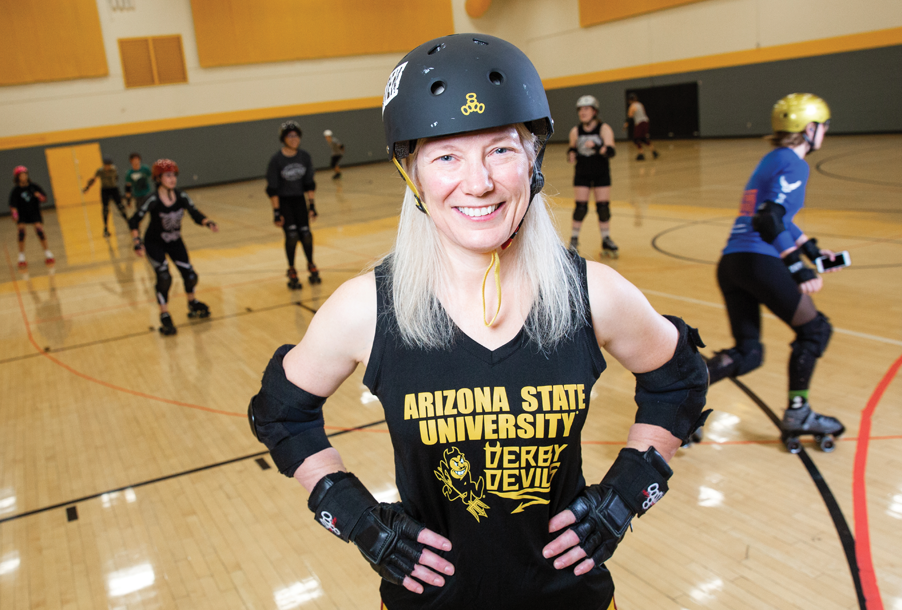 “Give a girl an education, and introduce her properly into the world,” said one of Jane Austen’s characters, “and ten to one but she has the means of settling well, without further expense to anybody.”

For a line published in 1814’s “Mansfield Park,” it prophetically resonates in the life and work of Augsburg alumna Devoney Looser ’89.

Looser earned a doctorate in English and women’s studies, holds extensive credentials as a professor who has served at leading universities, and has written and contributed to dozens of books, scores of academic journals, and even more book reviews. When national and international publications need an expert on 18th-century literature, British women writers, or Jane Austen, they want Looser—if they can catch her before roller derby practice.

Looser grew up in White Bear Lake, Minnesota. College seemed like a distant dream, both because of the financial barrier and the fact that she came from a family with no college degree in sight. Her perspective changed when she applied to Augsburg and earned a President’s Scholarship for her academic merit.

“That made all the difference in terms of my ability to go to college. Augsburg gave me an incredibly generous opportunity with that scholarship,” Looser said.

Looser wasn’t outwardly confident, but she caught the eye of Cathie Nicholl, an English professor who taught at Augsburg for nearly 30 years until her retirement in 1999. Though Looser was somewhat quiet, Nicholl said, “her written work was always wonderful. She’s really blossomed a lot since then.”

Looser first became enthralled with Jane Austen’s writings through a literature class with Nicholl, who has maintained correspondence with Looser through several decades. “I had no idea at the time how significant, how important [that connection with Nicholl] would turn out to be to my life—to a path toward a future in [literary] work.”

Douglas Green, a professor of English who’s taught at Augsburg since 1988, met Looser when he first arrived at the university. “She was exceptional. We had a real conversation about literature,” said Green, a poet and scholar who teaches Shakespeare, drama, and writing as well as gender, sexuality, and women’s studies.

“I hate to hear you talking so, like a fine gentleman, and as if women were all fine ladies, instead of rational creatures. We none of us expect to be in smooth water all our days.” — Mrs. Croft, Jane Austen’s “Persuasion” (1818)

Though literature was central in feeding Looser’s ravenous appetite for knowledge, people and experiences also offered lessons beyond the classroom.

“There were lots of things at Augsburg that brought me out of my shell,” Looser said. “I was very shy at 18, and to see the same faces who could tell me, ‘You can do this,’ made a big difference in my believing in myself.”

For a suburbanite, moving to the heart of Minneapolis was an education in itself. “Being in an urban area, being able to live among other students was amazing,” Looser said.

“Augsburg’s student body was very diverse. Being in class alongside students from all over the world was mind-blowing. It made me reimagine my role in the world, and what my world could be, and how I was part of their world.”

Engaging with a variety of people and ideas has served Looser well in her literary pursuits and academic experience alike. She has held positions teaching English and women’s studies at institutions including the University of Missouri, Louisiana State University, University of Wisconsin—Whitewater, Indiana State University, and the State University of New York at Stony Brook. She is described as a thoughtful and wise mentor who empathizes with first-generation college students. Her ability to reflect on and relate to the challenges others face is something Looser shares with the central figure of her academic work: Jane Austen. “Austen is one of the most psychologically perceptive observers in all of the history of the novel,” said Jenny Davidson, a novelist and professor of English at Columbia University who connected with Looser over their shared professional interest in 18th-century literature.

Known for romantic plots steeped in English society, including “Pride and Prejudice” and “Sense and Sensibility,” Austen’s writings have been in print continuously for nearly 200 years and retain an unassailable foothold in contemporary art and culture. Who was Jane Austen, really—and how did she become what she represents now?

That’s the focus of Looser’s latest book, “The Making of Jane Austen,” which earned high praise among literary peers. It was named a Publishers Weekly Best Summer Book for nonfiction, featured in CNN interviews, and reviewed in The Economist, The New York Times, and The Wall Street Journal.

Looser’s remarkable scholarship has led to an abundance of prestigious opportunities, including a fellowship from the National Endowment for the Humanities and a Guggenheim Foundation Fellowship in support of one of her current projects: a book about unheralded British sister novelists Jane and Anna Maria Porter.

Davidson offered a scholar’s perspective: “The project on the Porter sisters is a genuine project of reclamation, of rewriting an injustice of literary history: these were two extremely widely read and well-regarded novelists whom literary history has essentially dumped in the trash.” Because of Looser’s background, Davidson believes, the first-generation college graduate is attracted to the works of underdogs and can convey their stories empathetically and authoritatively.

Perhaps her affinity for the underdog is part of what drew Looser to a lesser-known sport—roller derby.

Nearly a decade ago, Looser and her friend Katie Carr, a special collections librarian at the University of Missouri where Looser was a professor of English, reconnected over a mutual sense that they needed a change. Angela Rehbein, one of Looser’s then-graduate students who is now a professor of English at West Liberty University, joined them to skate at a roller rink’s retro night, where members of a local roller derby team invited the three to derby practice. It sounded fun, so they accepted.

Roller derby is a sport in which two teams of five players in roller skates line up on a track. The “jammer” on each team tries to maneuver past the “blockers” on the opposing team, and it all happens in a series of two-minute increments called “jams.” Players force opponents off the track or block them with their shoulders, chests, and hips. Because it’s full-contact, they wear helmets, mouthguards, knee pads, and elbow pads.

Looser is now a faculty advisor to the roller derby team in addition to her work as a professor of English at Arizona State University. She still remembers the coaches who patiently taught her to play derby, which perhaps unexpectedly refreshed her perspective on higher education. “It’s humbling to start out as a complete newbie, and being laid flat and embarrassing myself,” she said. “It put me in headspace that made me realize how students must feel their first year of college, when you didn’t know what you were doing, and it was terrifying.”

People who know Looser best—like Carr, Rehbein, and her former doctoral student Emily Friedman—point to Looser’s knack for transforming her interests into excellence.

“There’s this world-renowned academic and also someone who plays roller derby and excels at it. She is an incredibly generous friend and an amazing wife and mother,” Carr said, referring to Looser’s sons and husband George Justice, a fellow Austen scholar and British literature professor at Arizona State University.

“I learned a lot from Devoney’s incredible work ethic and her generosity toward her students and toward other scholars,” added Rehbein, who appreciates Looser’s influence both in and beyond the classroom.

The same is true for Friedman, who has also worked on Austen scholarship and now serves as a professor of English at Auburn University. Friedman observed Looser’s simultaneous commitment to hard work and a rewarding life outside of it, and how “she keeps them dancing rather than in conflict and fighting.”

Like Jane Austen and many icons before her, Looser will maneuver past any limitations in her path.

“She’s the hardest worker I know,” said Friedman. “I’m just trying to skate in her tracks.” “Roller derby got its start in the United States in 1935. It included male and female athletes of many ages. It was multiracial: it was gay-lesbian inclusive. We’re so quick in American culture to talk about baseball, basketball, football. I think roller derby has had a similar kind of impact.” — Devoney Looser

The first time Looser played roller derby: ” I was worried that I was too old,” Looser remembered. ” It was terrifying: What am I even doing here, doing something where I could get my teeth knocked out?” 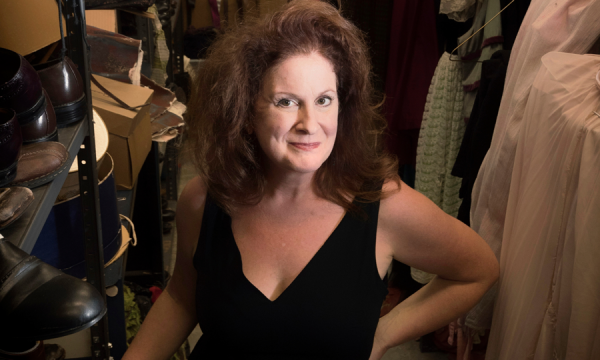 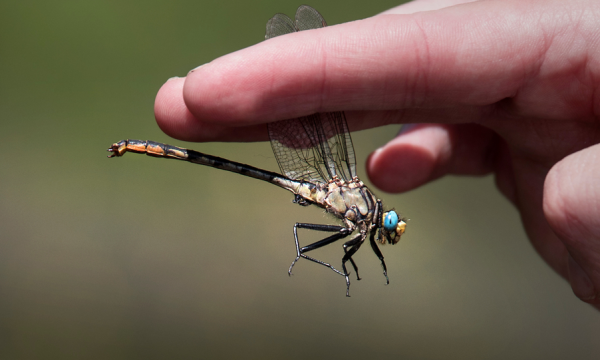 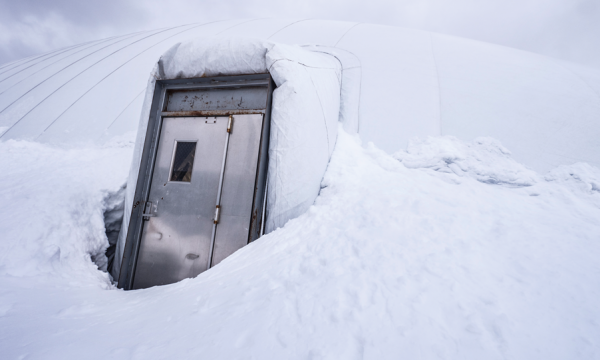