Augsburg College science faculty continue to be awarded grants from the National Science Foundation (NSF) for research. During 2012, the College was ranked third in Minnesota for the total dollar amount awarded to a school, behind only the University of Minnesota, Twin Cities and the University of Minnesota, Duluth. In addition, science faculty members recently were awarded an additional $695,087 in grants. These grants include:

MARK ENGEBRETSON, professor of physics, was awarded a three-year, $185,940 grant for continued study and probing of Earth’s space environment, known as the magnetosphere. The project will help society better understand the relationship between Earth’s magnetosphere and its interaction with the solar wind and the interplanetary magnetic field. The project, which builds upon a long-standing relationship with the University of New Hampshire and that also makes data available to space physics researchers throughout the world, will study ultra-low-frequency waves on Svalbard, Norway, which is the only place in the northern hemisphere where the Aurora Borealis (Northern Lights) can be observed for longtime periods in darkness at noon. The grant, Federal Award ID Number AGS-1202267, brings to more than $2 million the awards earned by Engebretson since mid-2008. Funds will support the continued operation of four search coil magnetometers and the analysis of the data gathered.

DAVID HANSON, assistant professor of chemistry, was awarded in excess of $386,000 for a three-year project that ultimately will help increase understanding of the sources of particulate matter that are harmful to human health. Hanson will test models for what is called nucleation rates that can be incorporated into global climate models. Nucleation is a process that drives the formation of new particles in the atmosphere. Hanson’s team will look specifically at nucleation in sulfuric acid, water, and amines. The funds from Federal Award ID Number AGS-1338706 also will support work by eight students in Hanson’s lab.

ANN IMPULITTI, assistant professor of biology, received an NSF grant for nearly $123,000 to investigate the physiology and productivity of economically important plants infected by parasitic, mutualistic, and commensal fungi. Research will focus on soybean due to its high economic value and the diverse uses of soybean products. The funds from Federal Award ID Number 1337582, along with an additional award of more than $52,000 that Impulitti received from the LiCor Environmental Education Fund, will be used to purchase a suite of instruments for plant ecophysiology research. The instruments will support interdisciplinary research in the plant biological sciences, mathematics, and environmental sciences, and also support collaboration between Augsburg College and the University of Minnesota. The instrumentation will enhance research experiences for undergraduates and will improve student instruction and discovery-based labs in plant biology, environmental science, and mathematics. Co-principal investigators on the grant include John Zobitz, Augsburg associate professor of mathematics, and Dean Malvick, associate professor of plant pathology at the University of Minnesota.

Editor’s Note: Any opinions, findings, and conclusions or recommendations expressed in this material are those of the author(s) and do not necessarily refl ect the views of the National Science Foundation.

Board of Regents welcomes new members 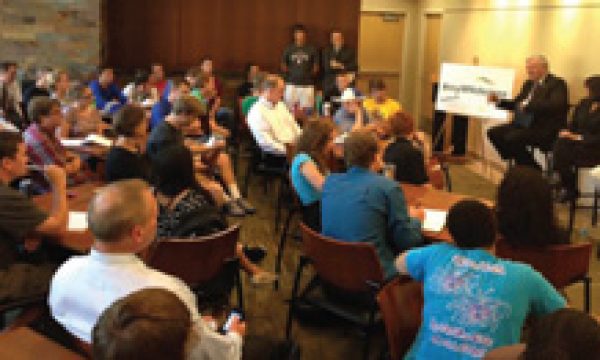 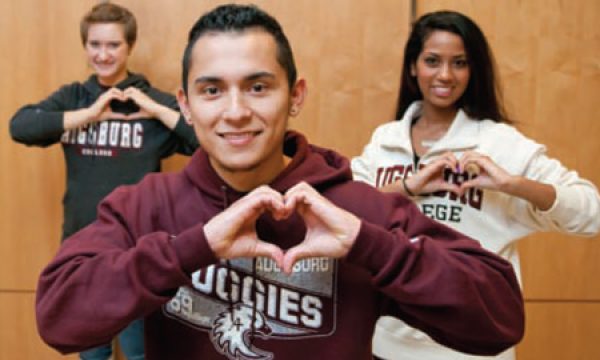 Give from your heart, Give to the Max