By Jay Walljasper, Senior Fellow of Augsburg’s Sabo Center for Citizenship and Learning

AND WHY DOES IT MATTER TO US RIGHT NOW? Editor’s Note: On October 7 and 8, the Sabo Center for Citizenship and Learning hosted a “Festival of the Commons” in partnership with On the Commons, a commons movement strategy center. This article, written by Jay Walljasper, editor of OnTheCommons.org and senior fellow of the Sabo Center, provides an explanation and examples of the concept of the commons in our world today.

It’s an old idea—the chief organizing principle for human society for most of history—that’s now being rediscovered and reinvigorated all around the world.

The commons means what belongs to all of us—and the many diverse ways we share it equitably and sustainably among each other and coming generations. It describes a sweeping set of practices that range from the intricate social structures of indigenous people to the ever-evolving networks of connection fostered by the Internet. And everything in between—natural and human-made.

The commons is essential to our survival and happiness, touching our lives all day long—from the water with which we brush our teeth in the morning to the fairy tales we tell children at bedtime.

The natural commons makes life itself possible thanks to air, water, biodiversity, and DNA. The cultural commons makes human civilization possible through the sharing of knowledge, language, inventions, stories, and art. The social commons makes our modern way of life possible through educational institutions, medical expertise, engineering know-how, and communication tools. Even the market economy depends on the commons for the natural resources and human capital that drive its profits, as well as the legal and regulatory systems without which it would fall apart.

Unfortunately, the commons today is under assault. The natural environment continues to suffer devastation, including the specter of global climate disruption.

Privatization policies fence us out of resources that once could be used by everyone, and budget-squeezed governments and civic institutions scale back on services upon which we depend. Meanwhile, many people are convinced their security and well being depend entirely on what they can possess individually, to the detriment of the common good.

But the good news is that people everywhere are standing up to protect and pro- mote what we all share. Some, inspired by the work of Nobel Prize winner Elinor Ostrom (who visited Augsburg this fall), are launching a movement to draw attention to all the ways that the spirit and practice of the commons can help solve the pressing problems of our time, including economic inequity, environmental decline, social isolation, and political alienation.

Many others are not familiar with the term at all but continue to roll up their sleeves to do crucial work in their communities, guided by their instincts for the common good. They are commoners, too.

At this tumultuous moment in history, the commons provides us with a compelling vision of a society where “we” matters as much as “me.”

THE WEALTH ALL AROUND US

Examples of the commons in our daily lives

GOOD NEWS ABOUT YOUR NET WORTH

We are all co-owners of some very valuable assets

Let me offer some good news about the state of your wealth. Sure, real estate values and the stock market look shaky these days, and no one’s job appears safe anymore. But what you possess individually accounts for only part of your true net worth. Each of us also owns a stake in some extremely valuable assets: clean air, fresh water, national parks, the internet, civic institutions, cultural traditions, and more.

Just like personal property, these things enhance our lives in countless ways—roads we travel, public spaces where we gather, medical and scientific breakthroughs we take advantage of, and accumulated human knowledge we use for free many times each day. In fact, without these commonly held resources, our modern society and market economy would never have gotten off the ground.

When the economy appeared to be booming, many of us didn’t care about the commons; it hardly seemed to matter that the local recreation center was in disrepair and Social Security in trouble. Private health clubs and IRAs would meet those needs. But today, Americans are increasingly grateful for services and opportunities provided for us beyond profit-making ventures.

But the news about our common wealth is not all good. It faces major threats. The financial crisis has created new pressures for federal, state, and local governments to slash critical services and programs that we depend on. Transit, public schools, libraries, medical assistance, social services, and parks have been on the chopping block in many communities.

Fortunately, there’s a new movement of “commoners” from all walks of life who are standing up to protect things that we all share. More than just an activist cause, the commons is becoming a model for thinking differently about how we make decisions, manage resources, and think about responsibilities.

“Common sense” is a term entrepreneur Reginaldo Haslett-Marroquin ’03, uses with ever increasing enthusiasm to describe the local food initiative he is creating with immigrant Latino farmers in Minnesota. “I come from the commons,” said Haslett-Marroquin, who grew up in Guatemala, where his family still farms communal lands. “And I am going back to the commons.”

Haslett-Marroquin, who graduated from Augsburg with a degree in business administration, is the co-founder of the fair trade Peace Coffee Company. In 2006, he founded the Rural Enterprise Center in Northfield, Minn., which, like many Mid- western communities, has attracted growing numbers of Latin American immigrants.

In times of economic stagnation, many people worry that immigrants are taking jobs needed by native-born Americans. These fears are especially keen in small towns, where the impact of the continuing economic crisis hits hard. Haslett- Marroquin, however, sees an opportunity that can benefit both immigrants and the community as a whole.

He noticed that many people around Northfield were eager to eat more locally raised, healthy food but were unable to afford it or sometimes even find it. At the same time, he saw that Latino immigrants had lifelong experience as sustainable farmers but lacked the financial means to take up farming. The solution was obvious. Find a way to get Latino farmers back on the land and connect them with consumers seeking wholesome food. This is exactly what Haslett-Marroquin did in launching a free-range poultry cooperative, market garden, and family farmer training program, all designed to put good food on local dinner tables and income into the pockets of family farmers.

“Agripreneurship” is how Haslett-Marroquin described this effort to revive family farming for local markets by taking advantage of immigrants’ first hand knowledge of small-scale sustainable agriculture practices. “Commons sense,” he said, is another word for what he and his colleagues are doing.

This small-farmer training center and coop is a shining example of an emerging co-op idea known as commons-based development—a strategy that strengthens the commons by making sure that economic expansion projects help the community as a whole.

While commons work is often seen as an activist or community cause more than a business model, Hasslett-Marroquin’s projects embody fundamental commons principles: a commitment to future generations, a focus on sustaining the earth, and a means of providing a benefit to everyone.

As Haslett-Marroquin said, “The commons is a very straightforward common sense approach to creating systems that sustain society and sustain life on the planet.”

COOPERATION IS NO TRAGEDY

Many people view the commons as a tragedy rather than a fresh new worldview to help us move toward greater economic fairness, environmental harmony, and democratic participation.

This notion was popularized by wildlife biologist Garrett Hardin in a 1968 essay in Science magazine, “The Tragedy of the Commons,” in which he described how people who share common resources will inevitably degrade them. Although Hardin later qualified his theory as applying only in specific situations, the phrase is still widely invoked to argue that privatized property is the only practical method for managing land, resources, or other valuable assets. The message is clear: Any kind of cooperative ownership will lead to ruin.

But that blanket assertion was debunked two years ago when Indiana University political scientist Elinor Ostrom won the Nobel Prize in Economics. Through the decades, Ostrom (who spoke at Augsburg in October as part of a Festival of the Com- mons, organized by the Sabo Center for Citizenship and Learning) has documented how communities around the world equitably and sustainably manage common resources such as grazing lands, forests, irrigation waters, and fisheries over the long term.

A classic example is her field research in a Swiss village where farmers tend private plots for crops but share a communal meadow to graze their cows. While this would appear a perfect model to prove the tragedy-of-the-commons theory, Ostrom discovered that in reality there were no problems with overgrazing. That is because of a common agreement among villagers that no one is allowed to graze more cows on the meadow than they can care for over the winter—a rule that dates back to 1517. Ostrom has documented similar effective examples of “governing the commons” in her research in Kenya, Guatemala, Nepal, Turkey, and Los Angeles.

YOU MAY ALREADY BE A COMMONER

Ten ways to find out

You may be a commoner if you:

1. Question the prevailing myth that all problems have private, individualized solutions.

3. Take time to appreciate and enjoy what the commons offers. (As the visionary Brazilian educator Paulo Freire once declared during an Augsburg College visit, “We are bigger than our schedules.”)

4. Keep in mind that security and satisfaction are more easily acquired from family and friends than from money.

5. Offer a warm smile or greeting to people you pass. The commons begins with connecting, even in brief, spontaneous ways.

6. Treat common spaces in your community

as if you own them (which, actually, you do). Tidy things up. Report problems, or repair things yourself. Initiate improve- ment campaigns.

7. Are interested in exploring ways that things you now pay for could be acquired in more cooperative ways—checking out DVDs at the library, perhaps, or quitting the health club and forming a morning jogging club.

8. Watch where your money goes. How do the stores, companies, and financial institutions you use help or harm the commons? This includes their impact on the environment and on poor communities around the world.

9. Share your knowledge ideas with online commons such as Wikipedia, online communities open-education projects, and open-access journals. Or you could form your own online community around what matters to you.

10. Think of yourself as a commoner and share your enthusiasm. Raise the subject in conversation, around the neighbor- hood and at work. Stand up against threats to the commons in your community and around the world. Speak out in favor of opportunities to expand the commons.

These articles are updated from All That We Share: A Field Guide to the Commons (The New Press, 2011) and a flyer handed out at the Festival of the Commons on the Augsburg College campus October 7 and 8.

Jay Walljasper, former editor of Utne Reader, is author/editor of All That We Share and editor of www.OnThe Commons.org. On The Commons, a commons movement strategy center, co-sponsored the Festival of the Commons at Augsburg. Walljasper was recently named a Senior Fellow of Augsburg’s Sabo Center for Citizenship and Learning.

On politics and informed citizens 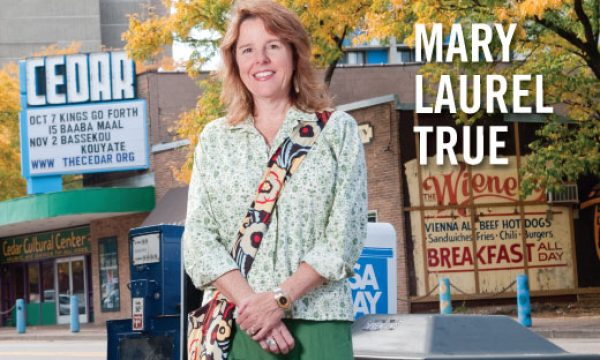 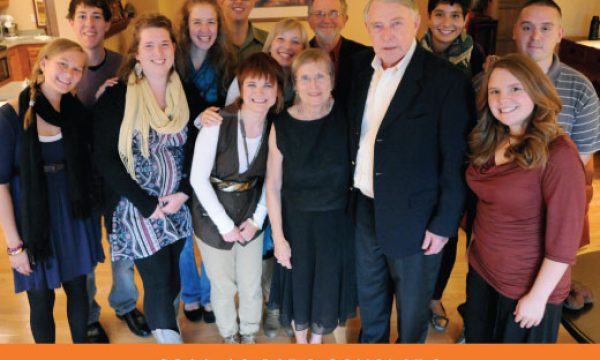 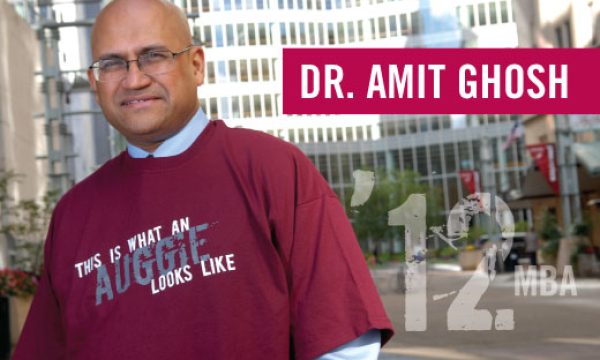