The passage of Title IX, enacted as part of the U.S. Education Amendment of 1972, mandated equal opportunities in education, allowing women to participate on high school and college athletic teams. But the tradition of women’s athletics at Augsburg actually dates back to the earliest days of Auggie athletics in the 1920s.

On November 10, Augsburg celebrated 40 years of varsity women’s athletics and the 40th anniversary of the passage of Title IX. Lavonne (Mrs. Pete) Peterson ’50 and Joyce Pfaff ’65 were honored at the celebration with “One of Our Own” plaques for their contributions to Augsburg College and the Athletic Department. In addition, female athletes from each decade were chosen for All-decade Teams.

Peterson, an instructor, coach, and women’s physical education director, started the Auggiettes basketball team in 1950 and coached the team for 18 years, leading them to an incredible 154-6 record. Pfaff, an Augsburg coach, instructor, and director of women’s athletics, started several women’s teams after the passage of Title IX and served the College for 43 years. 1971 – In both the floor exercise and balance beam, gymnast Ann Knutson Brovold ’74 is the first Augsburg female athlete to compete in a post-season event — an Association for Intercollegiate Athletics for Women (AIAW) Region 6 tournament.

1972-73 – Women’s varsity intercollegiate volleyball, gymnastics, and tennis are founded while basketball is restarted. 1974-75 – The volleyball team [left] places second in the Minnesota Associate for Intercollegiate Athletics for Women (MAIAW) state tournament, qualifying to compete in the Region 6 AIAW tournament both years. The Auggies place fourth in the Region 6 tournament in 1974 and fifth in 1975. 1981-82 – The softball team qualifies for its first AIAW national tournament.

1991 – Women’s cross country is reestablished as part of the varsity athletics program. 2012 – Augsburg announces that it will establish the first varsity intercollegiate women’s lacrosse program in the state of Minnesota. 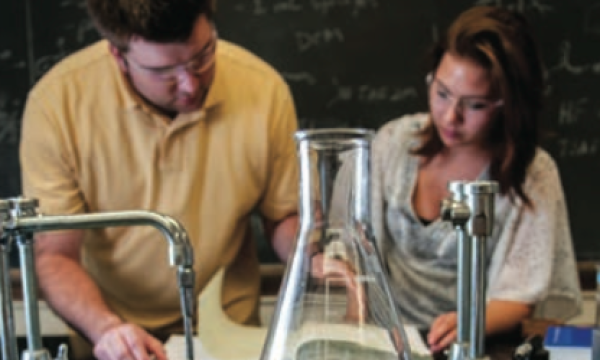 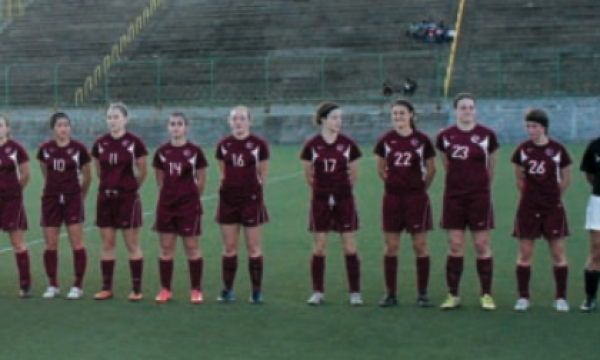