As Paul C. Pribbenow enters the seventh year of his presidency at Augsburg College, he believes Lutheran higher education is more relevant than ever before.

Pribbenow affirmed this view through a summer sabbatical project in which he developed succinct ways to articulate how five theological traditions make Lutheran colleges and universities valuable—and sustainable—in an increasingly diverse society.

For Pribbenow, the role of Lutheran higher education is well described by Darrell Jodock, professor emeritus at Gustavus Adolphus College. Jodock has written that a Lutheran college uses religion as the foundation of the institution’s identity so that it may explore “the riches of that tradition as part of its contribution to the community as a whole.” Jodock continues, “The Lutheran tradition summons a college to work out a ‘both…and,’ both affirming the religious identity and engaging with today’s world.”

Gifts of the ELCA tradition

Pribbenow during his sabbatical identified the ways in which five gifts of the Lutheran theological tradition serve colleges and universities as they navigate challenges in the 21st century. The tenets that he deems applicable to higher education include:

The Lutheran view of vocation has a deep, philosophical meaning that extends beyond an individual’s occupation. Lutherans believe that all people have a calling—a vocation—to live a life that serves the well-being of their community. Lutheran colleges and universities are uniquely situated to help students of all ages and backgrounds. “Our students come to us hungry for something. Hungry for knowledge, yes. Hungry for career paths, yes. But they’re hungry for more,” Pribbenow said. “They are hungry for meaning. The concept of vocation gives us a way to talk with students in a nuanced and sophisticated manner about how they can live purposeful lives.”

A liberal arts education equips individuals with the skills and knowledge required to engage in civic life, public debate, and thoughtful analysis across a wide range of disciplines and topics. The Lutheran commitment to critical and humble inquiry highlights the importance of a liberal arts education in “teaching students how to go out into the world not as experts who lord their knowledge over others but as people who are determined to bring their particular wisdom or knowledge to bear,” Pribbenow said.

3. ENGAGING WITH OTHERNESS AND DIFFERENCE

The world’s citizens live and work in increasingly complex and diverse cultures. Lutheran colleges are positioned to offer students the knowledge, skills, and values needed to navigate a world with people of all backgrounds and experiences. The liberal arts approach to learning and teaching has a fundamental commitment to engaging with otherness and difference so that people understand and embrace the richness of the human experience. Diversity is a core value of the Church because, theologically, Lutherans believe God has created humankind in all its diversity in God’s own image.

Eboo Patel, founder and president of the Interfaith Youth Core, spoke during September on interfaith dialogue, neighborhood service, and intentional diversity at the Augsburg College Bernhard M. Christensen Symposium. Patel’s remarks allowed the Augsburg community to explore the concept of engaging with otherness and difference.

Since the beginning of his Augsburg College presidency, Pribbenow has articulated a simple but powerful vision for the College: “We believe we are called to serve our neighbor.” The Lutheran commitment to service and justice is embraced and fulfilled in different capacities at each Lutheran college or university. But the institutions are unanimous in their desire to use education, civic engagement, and community service as pathways to develop informed citizens who engage with their neighbors.

Service at Augsburg takes many forms, and the College is committed to the “anchor institution” movement—a model where service is not seen as one-way “charity” but instead an opportunity to find shared value among institutional partners and to strengthen the economic vitality and safety of the neighborhoods in which the institutions are located.

Read the fall 2011 Augsburg Now article, “Community Relations” to learn more about the College’s role as an anchor institution.

Translated from Latin as “always to be reformed,” semper reformanda is a tenet of Protestant reformist Martin Luther, who advocated for the Church to continually re-examine itself in order to maintain its vitality. The term, Pribbenow asserts, is useful for colleges and universities because it creates not an allowance for—but an expectation of—continuous review and change. This flexibility empowers institutions to implement initiatives to better serve students, to change policies that do not deploy resources responsibly, and to align themselves with contemporary market needs.

Living out a Lutheran calling

The five gifts of the Lutheran tradition that Pribbenow identified during his sabbatical project may serve as a common lexicon for the 26 U.S. higher education institutions committed to providing post-secondary education in affiliation with the ELCA.

The ELCA colleges and universities are not held together by a centralized governance model, but rather choose to claim a common identity based on their shared values. The institutions form a mutually beneficial network where they help one another align their work to the deeply held values and priorities of the Lutheran faith so that all of its gifts are well used. Pribbenow’s sabbatical research is acutely relevant as each area of his investigation can deepen conversation among Lutheran colleges and universities across the United States during a time when the leadership at many of these institutions is in transition.

Lutheran colleges and universities will undergo significant turnover in their leadership in the near future as current presidents at these institutions retire or move on to new vocational callings. Many institutions are changing their bylaws to allow non-Lutherans to apply for the openings in order to broaden the applicant pool for those positions. The implication of this trend already is visible.

Pribbenow immediately used his sabbatical research to foster discussions with four individuals who do not hail from the Lutheran tradition but who were slated to begin their presidencies this fall at the Lutheran institutions Carthage College, Newberry College, Pacific Lutheran University, and Wittenberg University.

The integration of non-Lutherans into the leadership of ELCA institutions fosters critical review and offers a new perspective to existing ELCA college presidents, like Pribbenow, who are deeply rooted in the Lutheran faith. “It sometimes takes a non-Lutheran to remind us of the gifts of this tradition and to lift them up,” said Pribbenow, who was raised the son of a Lutheran pastor.

Pribbenow’s commitment to leading Augsburg as a “both…and” Lutheran college is firm.

“Being Lutheran is our bedrock,” Pribbenow said. “The gifts of this firm foundation enrich our students’ experiences and strengthen our future.”

The focus of Pribbenow’s sabbatical research is lived out daily on the Augsburg College campus where the gifts of the Lutheran tradition are paired with the gifts of the College’s urban setting. Higher education models and expectations are shifting at a rapid pace, which requires universities to embrace semper reformanda and engage in continuous review and change.

Because Augsburg’s Minneapolis campus is located in the Cedar-Riverside neighborhood, the College is uniquely situated to live out the commitments of its Lutheran tradition in a seamless, integrated manner. Located in one of the more diverse ZIP codes in the nation, Augsburg College students have daily opportunities to engage with people from across the globe, become committed to service and justice at organizations throughout the neighborhood, and—as a result—participate in critical and humble inquiry. Ultimately, these features allow the College to fulfill its calling to prepare students for meaningful vocations.

“I was called to Augsburg to tell our story,” Pribbenow said. “I’m proud of this College and its Lutheran heritage because it allows us to live out our mission, to create an educational space that’s welcoming and progressive, and to serve our community on local and global levels.”

Pribbenow was granted a two-part sabbatical as a provision of his contract, which the Augsburg College Board of Regents approved in 2008. The sabbatical was slated for the end of his sixth year at the College, and he conducted his research project for six weeks from July to mid-August at the ELCA churchwide headquarters in Chicago. ELCA Presiding Bishop Mark Hanson ’68 invited Pribbenow to spend his sabbatical at the denomination’s headquarters because the two men are engaged in ongoing conversations about Augsburg and the wider context of Lutheran higher education.

In Chicago, Pribbenow also spoke with ELCA leaders “who consider how the Lutheran church expresses itself in the world,” Pribbenow said. “Church leaders understand that colleges are one of the places where the Lutheran faith is explored deeply, but they don’t necessarily understand every aspect of our lives.” The sabbatical, he said, was an excellent opportunity both to educate and to learn.

During December, Pribbenow will travel to Asia with his family for the second leg of his sabbatical. On their trip, the Pribbenows will visit the birthplaces of their children Thomas (Soc Trang, Vietnam) and Maya (Chonquing, China). The Pribbenows will return to Minneapolis before the end of 2012. 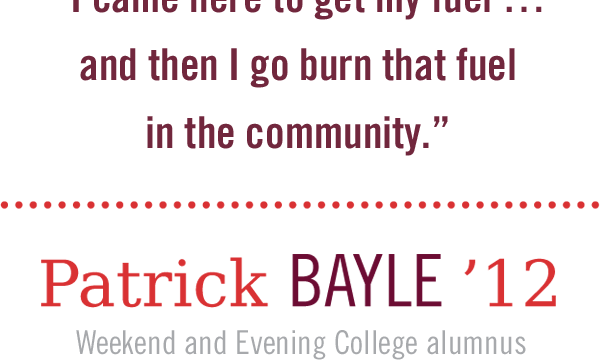 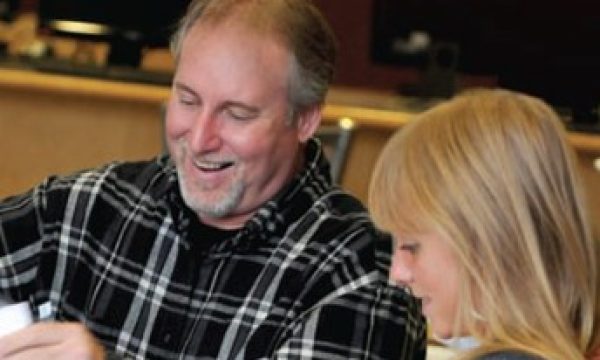 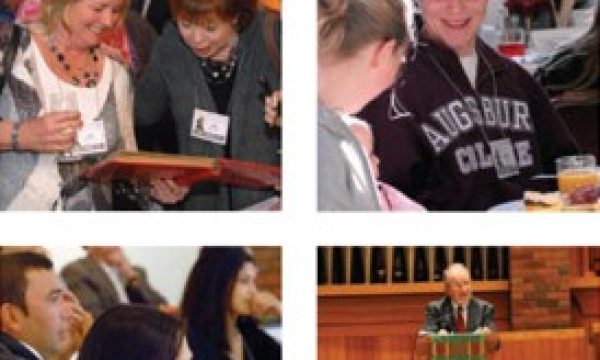