As a fan in the stands at Augsburg hockey games, Bill McClellan ’86 is pleased to see his sons, B. J. ’14 and Ben ’15, stepping out onto the same rink where he skated more than 20 years ago with the Augsburg men’s hockey team.

B. J., a business major, and Ben, a marketing major, came to Augsburg because of their father’s connection to the College. They were recruited by the current men’s hockey coach, Chris Brown, and both said the small campus and the location in the city were important factors in their decision to become Auggies. “And I knew my dad received a great education at Augsburg,” Ben said.

Bill began his studies at the University of Minnesota but transferred to Augsburg after his first semester. “My coach suggested Augsburg, so I came and sat down with Coach (Ed) Saugestad, and that was it,” Bill said. He credits Saugestad ’59, coach of the Auggie men’s hockey team from 1959 to 1996, and business administration faculty member John Cerrito for helping him succeed at Augsburg.

“I was a better college student than a high school student, and Coach Saugestad and Professor Cerrito really made a difference for me,” Bill said. “I worked hard because I did not want to become ineligible academically.”

Bill said he also remembers Cerrito, who served as his faculty adviser, giving him important advice about his future. “He said I wasn’t going to be a hockey player forever and I needed to do something with my life after college.”

All three McClellans agree that hockey made them better students and better people. Bill, who now works in real estate, says hockey gave him the skills to be successful in life. “It taught me everything from communication skills to discipline,” he said, “and not to quit.”

Ben shared his father’s sentiments. “For me, hockey is where I escape from reality for a little while. It’s taught me to believe in myself and to never give up.” And B. J. added, “I’ve worked to be a good student so that I could participate on the team, and hockey has helped me build friendships that I will have forever.”

Perhaps hockey has also strengthened the McClellans’ relationships with each other, giving a proud father an opportunity to see his sons play hockey where he played as a young man.

The McClellan family is one of many “legacy” families at Augsburg. Legacy students are those whose grandparents, parents, or siblings are Augsburg graduates or current students as well as students who are children or spouses of ELCA pastors. In the 2013 spring semester, there were 145 legacy students attending Augsburg. 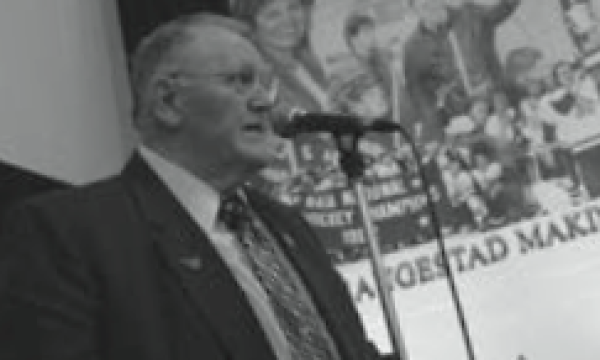 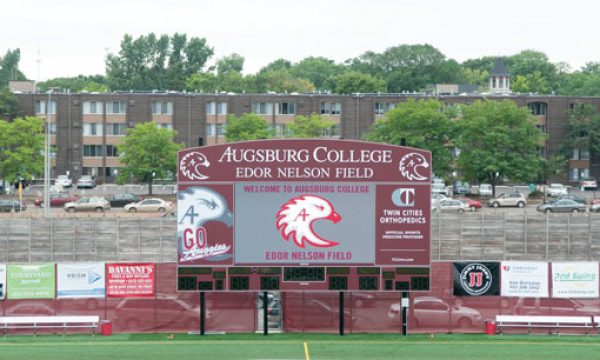