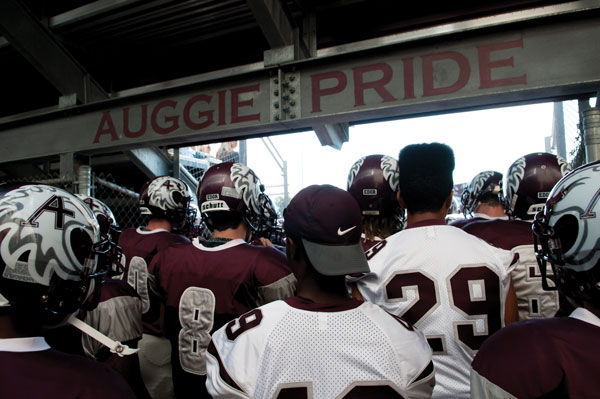 Uniting members of a team is one of a coach’s biggest responsibilities and challenges; teams with cohesion amplify their success on and off the field.

At Augsburg, football coaches Frank Haege and Mike Matson ’06 have articulated a shared vision that has struck a chord with their team and also honors the College’s heritage. Since Fall 2012, the team has embraced the motto, “Here we stand, we can do no other.”

What’s unique about this motto is its historic and Lutheran roots. One day, Haege, head football coach, and Matson, assistant football coach and chaplain to student athletes, were talking about the history of Augsburg College and the Reformation.

Matson explained the Augsburg Confession, a period in the 1500s when Martin Luther was put on trial for his religious stance—and ordered by Catholic leaders to recant his writings and criticisms of the Church. Luther’s response was that he could not and would not. “Here I stand, I can do no other,” Luther is reported to have said.

Haege found this story so powerful that he assigned Matson the duty to serve as unofficial team historian. Matson was charged with sharing with the team’s players the history of each week’s opponent, including background on the school’s religious affiliation. At the first team meeting, Matson told the team that the “Here we stand” motto—a revision of Martin Luther’s words—is in the DNA of the College and that, as Auggies, the players are called to go forth boldly.

Over time, the motto evolved. What began as a history lesson and locker room banner became a call and response by the third game of the 2012 season. In the locker room before the team ran out on to the field, Matson yelled, “Where do you stand?” and the team answered, “Here we stand.” The call and response went back and forth until the Auggies were motivated for victory. The team embraced this new segment of the pregame warm-up and has been doing the rouser ever since.

For the coaches and players, the slogan is a way to articulate that, together, all are stronger on the field and in their daily lives.

Haege said Matson is the perfect vehicle for this uniquely Augsburg message.

“Mike is our motivation guy,” Haege said. “He has an unbelievable passion for [the College]. He’s a natural emotional leader—for Augsburg, for Lutheranism, and for our football program.”

As an Augsburg student, Matson was a junior captain on the football team during Haege’s first season as head coach. Matson earned All-American honors and finished his Auggie career as one of the best linebackers in the College’s history. In 2011, Matson graduated from the Lutheran School of Theology in Chicago and in 2012 was ordained by the Evangelical Lutheran Church in America. He now serves his call through a joint position with Augsburg and Bethany Lutheran Church in Minneapolis.

“Augsburg is a special place, and football is a microcosm of that,” Matson said. “Augsburg teaches students about being part of something bigger than yourself. Augsburg challenges students to be willing to be vulnerable, to be willing to stay out on the margins of life where the Gospel calls us.”

The players certainly have bought in and the program is headed in a positive direction. The Augsburg football team finished with a 7-3 overall record in 2012—the debut season of the new team philosophy, which marked the team’s best finish since its 1997 MIAC Championship. The football program views its slogan as long-term. It’s about team. It’s about unity. And, it’s about what can happen when those two things come together.

“I think we are tapping into something that transcends coaches, sports, and time. This motto ties us to our past,” Matson said. “It’s an identity that we can claim. An identity we can be proud of.” 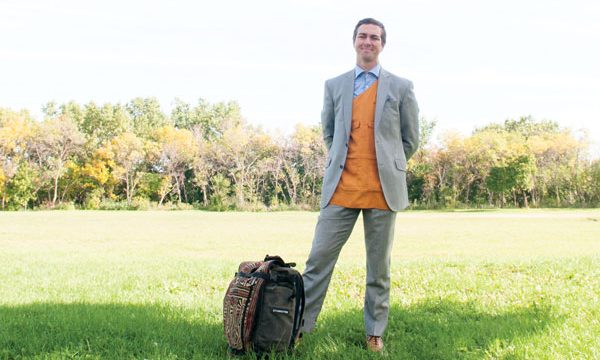 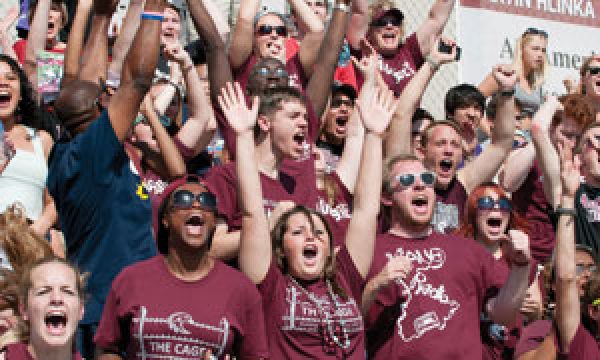