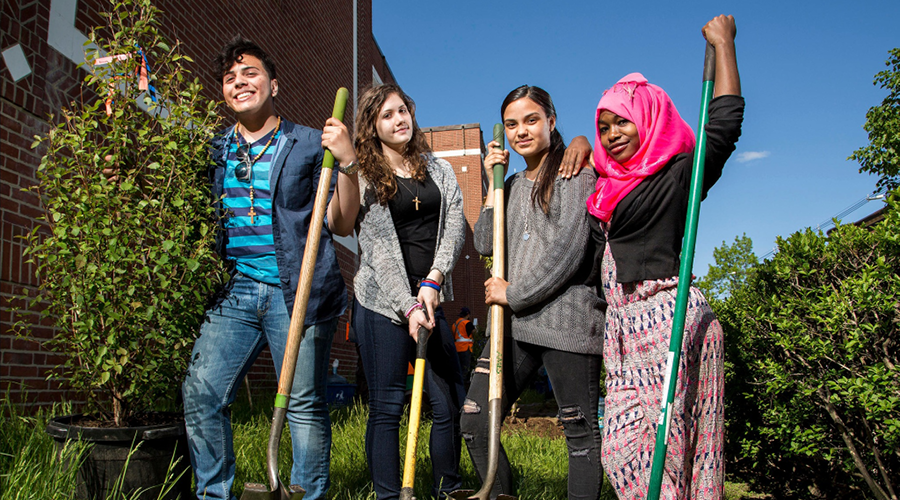 Wildfires raging across hundreds of thousands of acres cause devastating environmental and property damage. No matter if someone is watching from the next town or from thousands of miles away, the destruction is unmistakable, undeniable, and gut-wrenching. Floods, fires, oil spills, and extreme heat grab headlines and attention—it’s easy to see the damage, to see the victims, to rally neighbors and strangers alike for help.

But what happens when the threat isn’t as obvious? When there aren’t many, if any, headlines? When strangers don’t understand, let alone lend support for the cause?

For Auggies working in environmental activism fields, the challenges and work take on many forms.

María Belén Power ’07 is an advocate and organizer for GreenRoots, an environmental justice organization in her Boston-area suburb of Chelsea, Massachusetts. Belén Power’s days are filled with educating fellow community members. That includes helping them question and hold accountable elected leaders and other officials.

“It’s very much a story we see playing out all over the country,” said Belén Power. “Environmental justice is about protecting the most vulnerable residents … it’s crucial to protect the communities where Black and brown and low-income residents live.

“There’s a direct correlation between access to green space and blue space (sky), and health care and quality of life.”

A member of the White House Environmental Justice Advisory Council, Belén Power said climate and environmental injustices have been occurring in the United States “ever since Europeans arrived on this land.” But as a modern movement, environmental justice has been present and recognized in some communities much longer than in others.

The Environmental Protection Agency notes that one of the first modern actions of the movement began in Memphis, Tennessee, with the Memphis Sanitation Strike in 1968. Calls for fair pay and better working conditions for the city’s waste workers, most of whom were Black, marked one of the first times people of color formally organized to oppose workplace inequalities.

But the issue extends well beyond the workplace. Redlining, which is the discriminatory, government-sanctioned practice of refusing mortgages or insurance to home buyers in or near African-American neighborhoods, occurred across the country from the mid-1930s until it was outlawed with the 1968 Fair Housing Act. Despite the change in the law, the damage was already done and remains an issue today, Belén Power said.

One of the more infamous examples of a public health emergency was the water crisis in Flint, Michigan. There, starting in 2014 and stretching more than five years, Flint residents—nearly 60 percent of whom were Black—couldn’t care for their pets, bathe, drink, or cook with the water flowing from faucets. It was contaminated with lead and possibly Legionella bacteria.

“The fact that there was intentional mismanagement of public water resources and that it had to do with certain companies saving money, and people living in communities drinking water that was completely polluted, makes it one of the most prominent environmental justice issues,” she said.

Problems facing the Chelsea, Massachusetts, area where Belén Power and her neighbors work and live include things like the fight she and her organization have been involved in for six years and counting about where an electrical substation will be located. Other work includes continuing the organization’s response to COVID-19, creating urban gardens, and other long-term legislative issues like fighting for the right to secure energy from more economical sources. These and other environmental justice issues are not unique to Chelsea; they are the unsung battles being waged across the nation.

Belén Power credits her undergrad experiences, and living in the Twin Cities, for how she landed at GreenRoots.

“The education that I got at Augsburg really shaped who I am and what I do,” Belén Power said. “My political awareness was shaped by my professors and the community—Augsburg has a special place in my heart.”

The work is hard, and success looks different to those who are in the middle of changing how entire cultures and generations consider long-held beliefs.

“There are some really crappy days, really crappy weeks, but you think about the victories,” Belén Power said. “You just stay focused every day, building up power and eventually shifting that power.

“Justice is not really won; every generation has to fight for it. We can have victories, and yet those victories have to be re-won with every generation,” Belén Power said. “My kids are an amazing inspiration for me. I hope we are working toward a society they can build on and make better.”

An eye toward future generations motivates Elan Quezada Hoffman ’22, an environmental inspector for the City of Minneapolis.

Even though Hoffman is one of the youngest and newest in the climate crisis fight, his focus is on who and what is to come.

“The beginnings of the call to urgency for the climate was something I started learning about in high school. The urgency was communicated to me clearly, and I thought there’s no point in doing anything else,” Hoffman said. “If someone doesn’t take responsibility for this and do the work that has to be done, we’re all going to be lost.”

To improve the urban landscape, Hoffman said he and his colleagues respond to any pollution or similar issues that might arise—anything from noise pollution, to water quality testing, to erosion control. His agency also helps protect the environment with tree distribution and pollinator promotion efforts.

But he said much of what he focuses on is education, at his day job and through the volunteer work he continues to do with groups like Augsburg’s Environmental Stewardship Committee.

“Climate education is a massive part of addressing the climate crisis,” Hoffman said. “If you have a population of people who don’t care, nothing will change.”

How that education is offered, Hoffman said, is an important piece to sustainable action.

The Environmental Stewardship Committee at Augsburg is an effort near to Hoffman’s heart. Like many things, COVID-19 affected the team’s ability to move some initiatives forward. But Hoffman, who began working with the group as an undergrad, is hopeful the committee’s outreach can begin again, especially on a long-range solar and carbon neutrality plan.

“It’s our responsibility as students, faculty, and staff to say, ‘We need to do better,’” Hoffman said. “It requires a shift in how we think about wellness, our economy, and society.”

Encircling all of those issues is the environment.

“It comes down to awareness, then action. All of us working together.”

Top image: GreenRoots is a community-based organization dedicated to improving and enhancing the urban environment and public health in Chelsea and surrounding communities. It does so through deep community engagement and empowerment, youth leadership, and implementation of innovative projects and campaigns. (Courtesy photo) 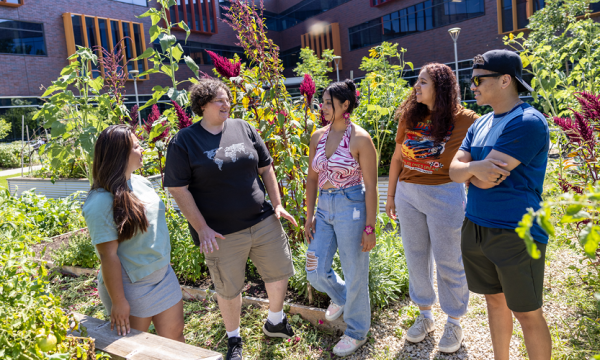 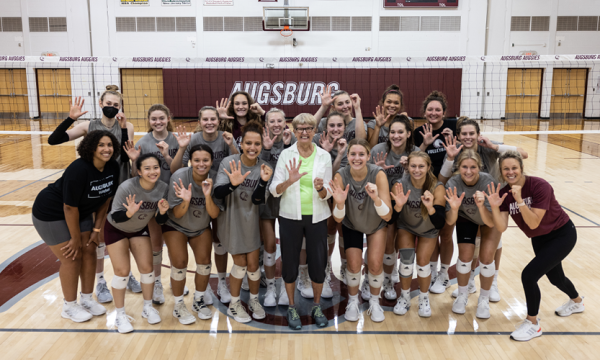 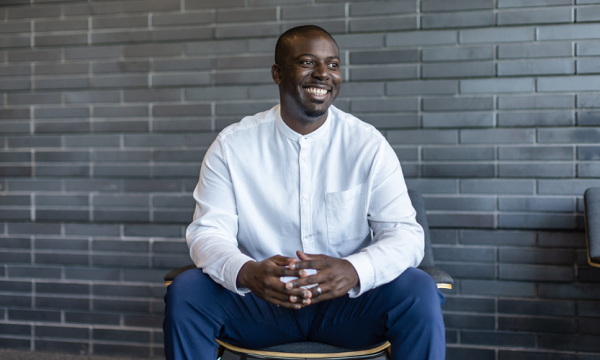 Literacy is freedom: How one Augsburg alumnus is working to empower and educate Black boys