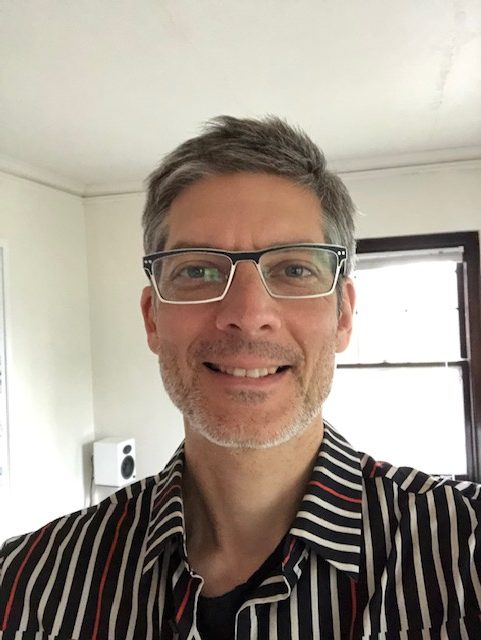 Lars Christiansen is former Director of Urban Studies and faculty in the Department of Sociology, Urban Studies, and Environmental Studies.   Lars joined the Department of Sociology and the Metro-Urban Studies Program at Augsburg in 2001, and concluded his work in August, 2021.  Lars’ teaching and scholarship focuses on urban resilience and sustainability, urban planning and public engagement, transportation systems, social theory, the philosophical tradition of  Pragmatism, innovative and alternative liberal arts education, work and organizations, social movements, and research methods.

Since 2008 Lars and Nancy Fischer have taught study away/abroad courses on the theme of “Sustainable Cities.”  These courses brought students to Portland, Oregon, Vancouver, BC, Victoria, BC, Mexico City, and Copenhagen.  [In May 2020 we were scheduled to explore urban sustainability themes in Amsterdam and other Netherlands’ cities, but this was cancelled due to COVID-19.]  The course explores and analyzed these cities, as well as the Twin Cities, on bicycles, on foot, and using transit. We meet with scholars, policy makers, and community organizers to better understand how these cities are accomplishing, or working toward the achievement of, progressive planning practices and addressing climate and equity challenges.  For a description of the first version of this course, read “Auggies Traverse the Concrete Jungle” at http://www.augsburg.edu/metrourban/. Or, read “Studying Sustainability” athttp://www.augsburg.edu/now/2008_2009/april/articles/sustainable_cities/index.html.

“Legacies of Chicago: Ideas and Action in Place”

In Spring of 2010, 2011, and 2013 Lars and Augsburg President Paul Pribbenow taught “Legacies of Chicago” as the theme for the Honors Senior Seminar. The course is about the intersection of sociality and place, focusing on networks of activity or communities of thinkers-doers engaging in creative and innovative work. Every great place produces great ideas and actions, sometimes to a level of influence that they become gifts (or curses) to the city or even the larger culture, gifts (or curses) from one generation to another. With the help of colleagues in art, business, history, English, and theater, this course explores major contributions that Chicago has given to U.S. culture and history, including: Deweyan pragmatism and progressive education; Addams’s social ethics and neighborhood building; the Chicago School of Sociology and Urban Ecology; Chicago architecture (ie., the work of Burnham & Root, Sullivan, Richardson, Cleveland); the literature and film of Chicago; the Alinsky model of social change; agricultural cooperatives and commodities markets; and Chicago-style improvisational theater. We finish the course focusing on events in 1990s to the present, from the Chicago Heat Wave of 1995 to Obama’s community organizing in the 2000s. During the semester the class spends a long weekend in Chicago experiencing directly various themes of the course.

“Fate Of The Earth 101: Consumption of Food, Fuel and Media in Contemporary Culture.” Integrated Term (I-Term)

In Fall 2009, Lars and five other faculty members, along with several support staff, created a learning community called “Fate of the Earth 101.” Together the faculty utilize our different disciplinary perspectives and a wide array of creative teaching and learning activities to inquire about the consequences of living in a consumerist society.  The I-Term was taught again in 2010 and 2012.

“A Seminar in Pragmatism”

Co-created/taught with Professor Larry Crockett, this Seminar provides an overview of the American philosophical tradition of Pragmatism as a way to explore the challenges of divisive politics. We explore the work of William James, C.S. Peirce, John Dewey, Jane Addams, Alain Locke, Mark Johnson, Richard Rorty, Larry Hazelrigg, Bruno Latour, Cornel West, Kennan Ferguson, Louis Menand, and others. We address historical and contemporary controversies including Civil War, the Vietnam War, Black Freedom movements, the abortion debate, the Israel/Palestine conflict, and other events that present the challenges of ideological commitment and the desire to achieve social change.

Based on two decades of touring the continental United States on bicycles, trains, boats, cars, planes, and my own two feet, I reveal a picture of America that is compassionate, where people express interest in and connection with one another, and regard one another with dignity and respect.  This will likely be surprising given that my primary mode of movement was bicycling, walking, and trains, each of which are marginalized forms of movement in the United States.  The narrative is also surprising given the frighteningly troubling ways in which we are cruel to one another during the regular course of living.  Touring by bicycle, train, and foot primarily, and in all regions of the United States, and contrary to the image of a culture in division and decay, I issue sightings of another America.  Lovers of bicycles, traveling, and places, as well as of philosophy, science, and arts, are my welcome companions along this journey!

Christiansen, Lars D.  2015.  “The Timing and Aesthetics of Public Engagement:  Insights from an Urban Street Transformation Initiative.” Journal of Planning Education and Research 35 (4):  455 – 470.

Lars Christiansen, Mindy Stombler, and Lyn Thaxton.  2004.  “A Report on Librarian-Faculty Relations from a Sociological Perspective.”  Journal of Academic Librarianship Vol. 30, No. 2:  116-121.

Winner of “Braverman Award,” given by the Society for the Study of Social Problems, Labor Studies Division (1994).

At Augsburg University, Lars was a Hagfors Interdisciplinary Fellow and a Sabo Scholar (Sabo Center for Citizenship and Democracy).  After having completed a six-year stint as Chair of Sociology, Lars was Director of Urban Studies for four years.  Lars is past member of the board of directors of the Higher Education Consortium for Urban Affairs (HECUA) (2009 – 2012).  He is also a past member of the Augsburg faculty senate (2005-2007), the Social Science Collaborative, and the Assessment Committee. He was also faculty advisor for Augsburg’s Sociology Club (2002-2006), and was advisor to Augsburg’s Urban Studies Club (2018-2019).

Almost nothing makes me happier than bicycle touring and mountain centuries.  I love bicycle riding in nearly all of its forms.  My earliest memories of bicycling were when I was 5, living in The Netherlands; the love for it was born then and there.  I became a “serious rider” when I was in high school in Massachusetts, and for the next dozen years I rode many wonderful miles in Massachusetts, Connecticut, northern Florida, Georgia, and North Carolina.  Once I began touring about 15 years ago, I pedaled my way around the entire west coast, much of the East, most of the Midwest, half of the South, and substantial portions of the West.  Up north, I have ridden in British Columbia and Montreal.  Across the pond, I have bicycled in The Netherlands, Denmark, Germany, and France.  To the south, I have bicycled in Cuernavaca and Mexico City, Mexico.

I commuted by bicycle in the Twin Cities year-round. As a new resident of Southern California, I feel a bit more like a trailblazer, with my Minneapolitan-cultivated bicycling wisdom traversing the hills, streets, avenues, and boulevards of Los Angeles.

“Music is the best.” (Frank Zappa)

I am a composer, guitarist, and bassist.  At one time I played brass instruments, particularly tuba.  I have an inner-drummer that might someday emerge on an actual drum kit.  I have played in rock bands, big bands, and avant-jazz ensembles, and in duets and trios with pianists, saxophonists, drummers, and vocalists. I have been part of many multi-media collaborations, including with dancers, illustrators, and filmmakers.  I also play solo guitar.  From 2001 – 2008 I performed in the Minneapolis music scene at 7th Street Entry, 400 Bar, Fine Line, The Hexagon Bar, Intermedia Arts, Kitty Kat Club, Rogue Buddha Gallery, Nomad World Pub, The Varsity, and the Triple Rock Social Club.

I compose and love to play rock, art rock, metal, grunge, prog, minimalism, and 20th century modernism.  I write songs and instrumentals, as well as film music.  I love any genre of music that verges into deviant territory.

I am currently working on a 11-song cd, working title, “the utility of delusion.”

Over the span of my musical life, the groups that I was a part of that are of greatest significance to me are (from most recent to past): Minneapolis: Singlespeed, Les Duex Alpes, Sweet Science, Lost Mind Found.  Massachusetts:  Luckless Pedestrians, The Shades, West Boylston Jazz Band, Massachusetts Central District Jazz Band.  Iowa: Bourbon Streak.

Lars is a poor chess player, but enjoys it anyway.