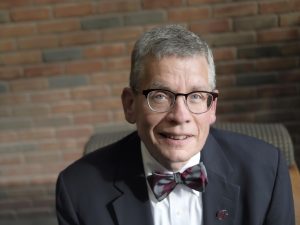 Paul Pribbenow, the 10th president of Augsburg University, a private liberal arts university associated with the Evangelical Lutheran Church in America and located in Minneapolis, is recognized as one of the country’s most engaging commentators and teachers on ethics, philanthropy, and American public life.

Since joining Augsburg in 2006, Pribbenow has enhanced the university’s role as an active community partner in its urban setting. By identifying and embracing initiatives that mutually benefit Augsburg and its neighbors, the university has achieved national recognition for its excellence in service learning and experiential education. Pribbenow also has become a leader among the 26 colleges and universities of the ELCA, helping to articulate the gifts shaping and supporting Lutheran higher education in the 21st century.

Under his leadership, Augsburg has changed its name from Augsburg College to Augsburg University, recognizing its expansive academic mission serving undergraduate and graduate students on campus and at locations around the world. Augsburg’s Board of Regents was awarded the 2017 John W. Nason Award for Board Leadership for efforts including initiating an inclusive, five-year strategic planning effort and leading the institution’s largest-ever capital campaign. Pribbenow played a key role in Augsburg’s most successful capital campaign, which raised more than $55 million to construct the Norman and Evangeline Hagfors Center for Science, Business, and Religion, which opened January 2018.

In 2019, Pribbenow led Augsburg University in the development of a new strategic plan, Augsburg150, that anchors the institution’s priorities and initiatives. Furthering the university’s top priorities, Augsburg150 is focused on three key areas: strengthening Augsburg’s three-dimensional education (educating students to make a living, make a life, and build community), advancing the public purposes of an Augsburg education, and growing as a sustainable university.

Pribbenow serves on the national boards of the Coalition for Urban and Metropolitan Universities and the Council of Independent Colleges. He is also active in the Anchor Institutions Task Force. Locally, he chairs the Cedar-Riverside Partnership and the Central Corridor Anchor Partnership and serves on the Minnesota Governor’s Workforce Development Board and the executive committee of the Minnesota Private College Council. 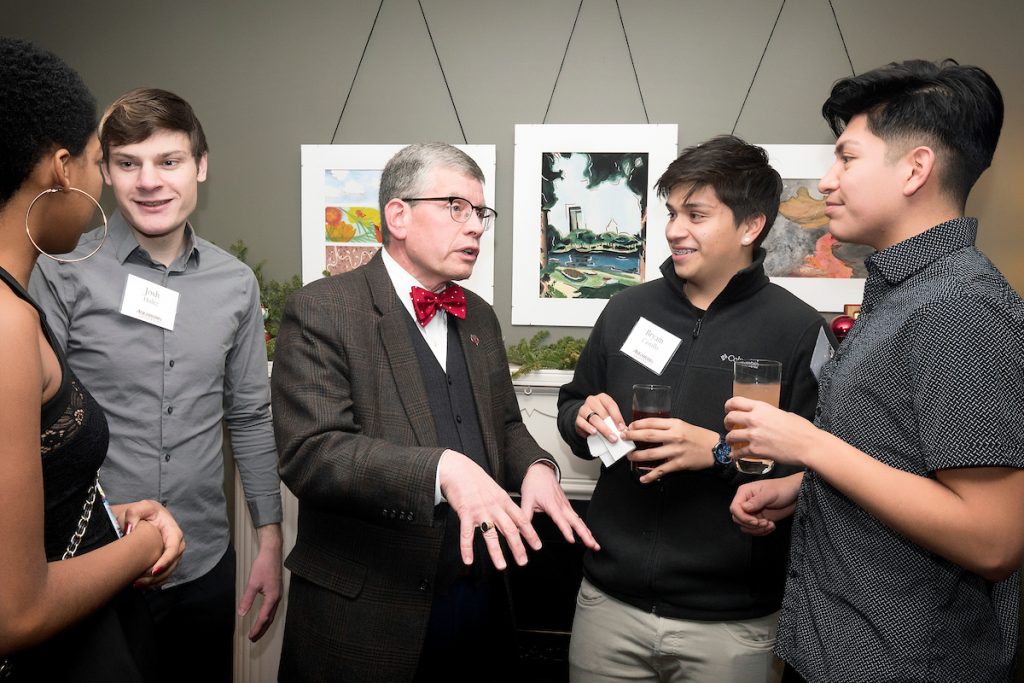 Pribbenow received the William Burke Award for Presidential Leadership in Experiential Education from the National Society for Experiential Education in 2012. He was named a McCormick Presidential Civic Leader Fellow for 2003–04 and 2005–06. And, under Pribbenow’s leadership, Augsburg University became the first higher education institution in Minnesota to earn the prestigious Presidential Award for Community Service, the highest honor possible for service work.

Before coming to Augsburg, Pribbenow served as president of Rockford College (now Rockford University) in Rockford, Illinois. He also has served as a research fellow for the Center of Inquiry in the Liberal Arts at Wabash College (Indiana), dean for College Advancement and secretary of the Board of Trustees at Wabash College, vice president of the School of the Art Institute of Chicago, and associate dean of the Divinity School of the University of Chicago.

Pribbenow is the author of numerous articles on philanthropy, ethics, and not-for-profit management. He publishes a bimonthly email newsletter titled, “Notes for the Reflective Practitioner.”

Pribbenow lives in Minneapolis with his wife, Abigail Crampton Pribbenow, and their two children, Thomas and Maya.