This is a guest blog post by Augsburg alum Eve, who writes about her global journey to Ireland.

I ended up in Ireland because of Ernest Hemingway.

Let me backtrack a little. I’m writing this post from my partner’s family home in County Tipperary, supervised by his dog, Poppy. Ashley’s a Tipp man, born and raised, and I live (when I’m not out here) in the attic of house that once belonged to the playwright Kate O’Brien. I think my room used to be the servants’ quarters. I work running phones for a dental practice by day and copyedit, run a horror-themed column, and publish my own work by night. 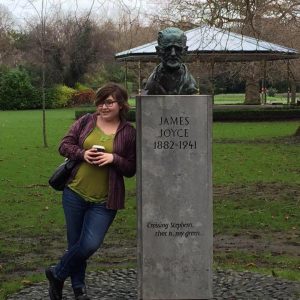 I’m only out here in Tipp with Poppy because I met Ashley at an English Department shindig at the University of Limerick, which is where I did my MA in Creative Writing, and I only did that because I’d studied abroad in Dublin, which I’d only ended up doing because when I was 20, I became obsessed with James Joyce, and I’d become obsessed with James Joyce because of reading Dubliners, which I’d picked up because it was included on Hemingway’s list of things a writer should read.

That, of course, and the fact that my college made it ridiculously easy to study abroad.

Obviously, there are plenty of barriers still in place for students who want to do erasmus, as it’s called at UL (you have to be able to pay for the plane ticket, and you have to have the freedom from life and work commitments to jet off for a semester or so), but my semester abroad cost the same as staying at Augsburg would have. I had help picking a program that was right for me, accommodating professors, and generally everything I needed.

I don’t remember deciding I wanted to go abroad, exactly, but I remember entertaining the idea enough that I went for the CGEE center, cozily tucked next to the ECHO office with which I was already intimately familiar. I was lucky enough to have a friend who worked there, so I talked to him and ended up, to absolutely no one’s surprise, selecting the Dublin Writers’ Program with IES Abroad.

Before I knew it, I was on a transatlantic flight which, though murderously long, was probably nicer than my great-grandfather’s trip by boat (I did some digging and found the passenger list—it was in 1904, on a ship called the Eturia, that William Flavin came from County Cork to New York). 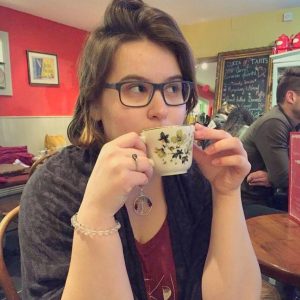 IES Abroad is a wonderful school, situated in an old post office in Rathmines, Dublin South. I stayed in an apartment above a grocery store and walked down every morning for classes on writing, Irish language (Gaeilge), and Celtic myths and legends. My writing teacher, Stephen, brought us tea and different treats every class, introducing us to jaffa cakes and other Irish delicacies while we workshopped each other’s pieces. We were off weekends and Fridays and encouraged to take advantage of it—as Stephen said: “This is not school; this is study abroad.”

While everyone else spent weekends globe-trotting in Europe, I never left the island. I went to a Finnegans Wake reading group in Sweny’s Pharmacy, spent my spring break exploring Dingle on my own, took weekend trips to Cork and Galway, watched hurling matches, and some days simply walked the city I was rapidly falling in love with.

We went on a writers’ retreat, which Stephen took great pains to keep secret from us, and I won’t divulge it here, as I (along with everyone else who’s ever been on it), was sworn to secrecy, but it was a divine weekend, probably my favorite of the whole trip.

When I returned, I knew I’d be back to Eire, but my plans were murky. I graduated the year after and began to try to manage real life, and Ireland lay in the back of my mind, a dream for later.

2018 was, for many reasons, the worst year of my life, and as it came to an end, I desperately tried to remember the last time I’d been really, actually happy. I realized it was when I went abroad. And so, I gambled on the idea that maybe I could be happy again if I went back to Ireland. I applied to a few grad schools, got into UL, quit my job at a cleaning company, dropped my stuff off at my parents’ house, and got a flight to Shannon.

I held my breath stepping off the plane. Would it be the same? Had my love for Ireland been a product of an idyllic semester, not a true connection? Had I just made the biggest mistake of my life?

I read the word as gaelige on the wall: failte, welcome. Through the fog of jet lag, I felt my stomach settle.

When I emailed my IES professors, asking for a good day to drop by, my Irish language professor, Regina, responded with dates and a promise to put the kettle on. The email began: “Eve—so glad you are home!” 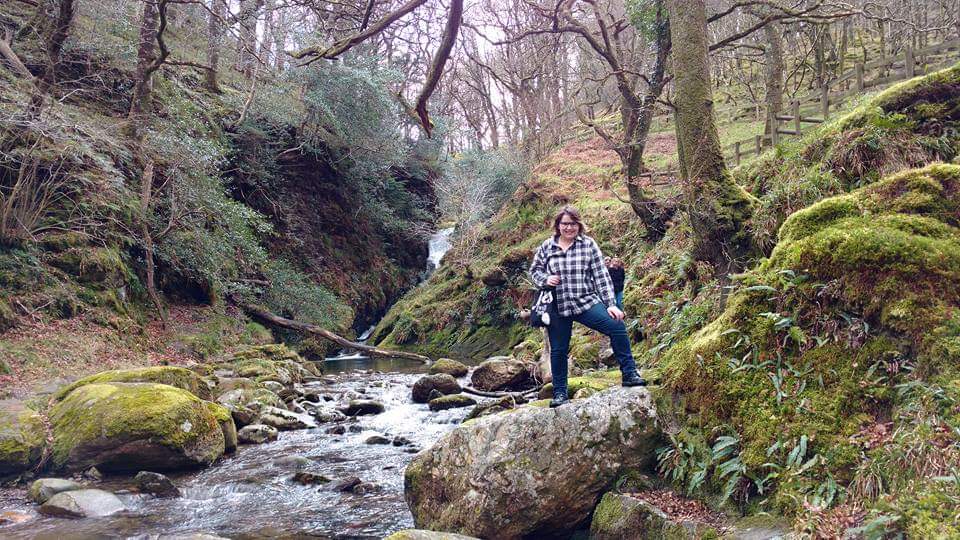