The Saami National Day falls on February 6th, and is celebrated in Norway, Sweden, Finland and Russia, where the indigenous people of Lapland live today. A tradition since 1993, the Saami people’s day commemorates the first Saami congressional gathering held in Trondheim in 1917, a year that marks the first time the Saami people started collaborating for a common causes across the national borders that split their indigenous homeland.

Today, this national event is celebrated by raising the Saami flag and holding formal celebrations. Some areas—with a higher population of Saami people—extend the celebrations to include Saami themed events in the week leading up to as well as on the national day. One of the most notable events are hosted in Tromsø, Norway, where they celebrate the world championship in reindeer racing (see photo below). 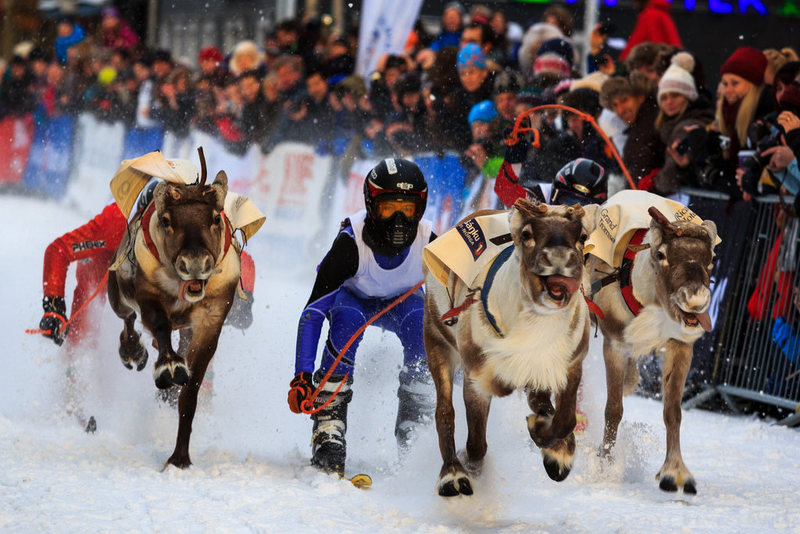