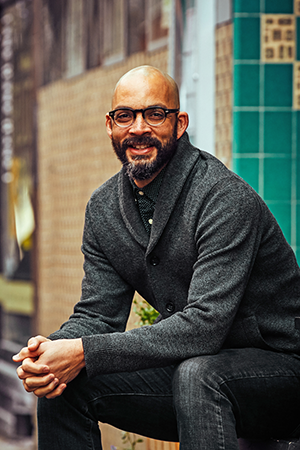 ALL THINGS ARE NEW: THE LANGUAGE OF OUR LIFE IN THE FACE OF EMPIRE

It’s difficult to remember a time when there was order and expectation. Uncertainty and chaos feel like the norm. Problems seem too big to overcome, and words are too weak to point a way forward. How do we speak of God? How do we live in the face of chaos? As we begin a new season, let us reflect on a God who creates in the chaos and becomes flesh in the face of empire.

Brian Bantum, PhD, writes, speaks, and teaches on identity, racial imagination, creating spaces of justice,  and the intersection of theology and embodiment for audiences around the United States. He is a  contributing editor of The Christian Century and is the author of “Redeeming Mulatto: A Theology of Race and Christian Hybridity,” “The Death of Race: Building a New Christianity in a Racial  World,”  and  “Choosing Us: Marriage and Mutual Flourishing in a World of Difference,” which he co-authored with his spouse, Gail Song Bantum.