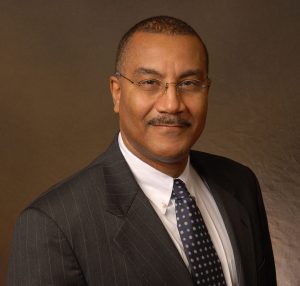 Register now
Water has a very significant impact on the processes that occur in the Earth’s atmosphere. Water is one the most abundant resources in our atmosphere and, because of its ability to be both a hydrogen bond donor and acceptor, it can form very stable complexes. The formation of these complexes can dramatically affect the chemistry in the atmosphere, including heterogeneous removal and alteration of the photochemical properties of the atmospheric species, the formation of water droplets and aerosol particles, as well as the participation of these complexes in chemical reactions.

This talk will provide a comprehensive look at both the experimental and theoretical investigations of water vapor effects on gas phase reactions, with an emphasis on those pertinent to the atmosphere. A goal of the talk is to provide an understanding of the fundamental concepts that lead to potential water effects, imparting a framework to realize the new roles that clouds and cloud droplets play in modulating atmospheric chemistry.

Joseph S. Francisco is the President’s Distinguished Professor of Earth and Environmental Science and Professor of Chemistry at the University of Pennsylvania. He received his B.S. at the University of Texas at Austin, and he received his Ph.D. from Massachusetts Institute of Technology. Francisco was a Research Fellow at University of Cambridge in England, and a Visiting Associate in Planetary Science at California Institute of Technology. His research has focused on bringing new tools from experimental physical and theoretical chemistry to atmospheric chemical problems to enhance our understanding of chemistry in the atmosphere at the molecular level. This work has led to important discoveries of new chemistries occurring on the interfaces of cloud surfaces as well as fundamental new chemical bonding controlling these processes. He was awarded an Alexander von Humboldt U.S. Senior Scientist Award; appointed a Senior Visiting Fellow at the Institute of Advanced Studies at the University of Bologna, Italy; Professeur Invité at the Université de Paris-Est, France; a Visiting Professor at Uppsala Universitet, Sweden; an Honorary International Chair Professor at National Taipei University, Taiwan; and an Honorary Professor, Beijing University of Chemical Technology, China. He served as President of the American Chemical Society in 2010. He is a member of the National Academy of Sciences and a Fellow of the American Academy of Arts and Sciences. Dr. Francisco currently serves as Executive Editor and Associate Editor of the Journal of the American Chemical Society. He has recently been appointed a member of the Editorial Board for the Proceedings of the National Academy of Sciences.