Learn about the latest happenings with the Augsburg University Health Commons.

A message from Katie Clark on our Give to the Max fundraiser:

THANK YOU SO MUCH, everyone!!

We exceeded our goal in this celebratory year where we had donations from over 40 donors!

We are so moved by your generosity and support. These funds will allow us to continue this work for years to come, and in the immediate future, we can purchase more supplies to help keep people warm and respond to the needs of those we care for, especially as the holidays grow near.

Please reach out if you ever want to connect more or if you want to volunteer. We also love working with groups to organize supply drives or hygiene kit making parties. 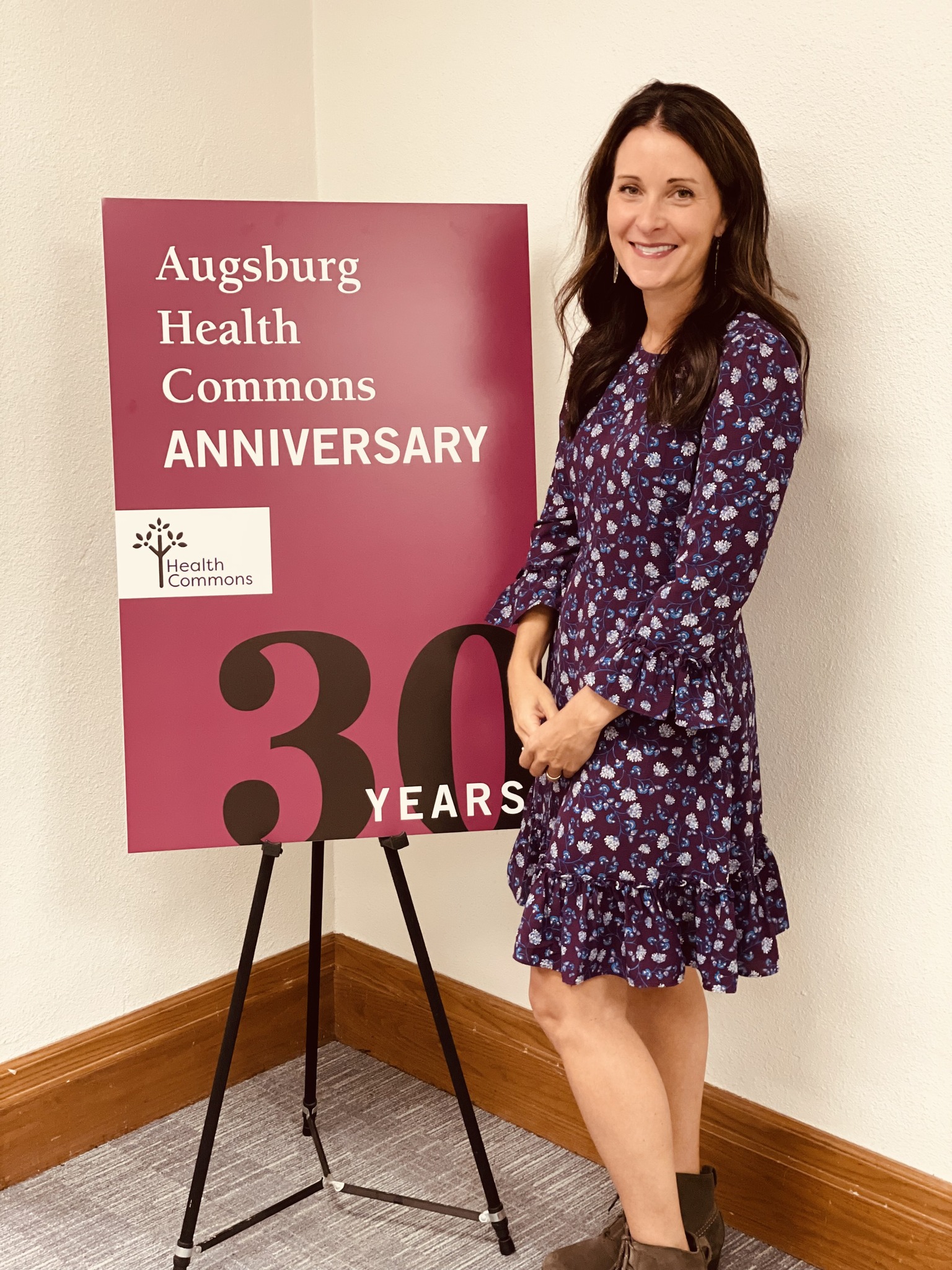 To see a more detailed history of our work, please see this link created by Katie Olsen, Administrative Assistant for the PA Department. Follow us on Facebook or Instagram to get more updates.

We are so extremely grateful,
Katie Clark DNP, RN

the needs for care and healing.

1994- The number of people utilizing the nursing center increases by 55%.

1995- Faculty and nursing students contribute over 600 volunteer hours to the nursing center!

1997- Free Flu Shot clinics begin!  Flu shots had been provided prior to this time for $10 per shot, which was financed by the nursing center fund.

1998- Other local colleges acknowledge the work of the nursing center and its profound impact on nursing students.  This is where other organizations begin to explore ways of replicating our model of care.

1999- An increasing number of visitors at the nursing center are requesting foot care such as soaking and nail trimming.

2002- 10 years of the nursing center is celebrated with sharing a community meal!

2003- The number of homeless individuals visiting the nursing center increases to over 56% of our visitors.  This year also marks the beginning of keeping a rough estimate of how many socks we distribute daily.

2004– Faith in the City provides financial support to the Nursing Center.

2006- Exchange students from Norway observe work being done at the nursing center.

2007- Founder of the nursing center wins the Spirit of Augsburg Award.

2009- Brainstorming of additional Health Commons location begins over coffee and the current nursing model of practice is created by DNP students at Augsburg College.

2010- Moved its location to the Restoration Center from down the hall in a different area of the church.

2018- Street Voices of change began inviting ACHC nurses to weekly meetings. In addition, oral histories have been started in order to record the history of the Commons

The Health Commons, mainly at Central Lutheran Church, is continuing to grow after the impacts from the pandemic, the surrounding grief around George Floyd’s death, and the growth of people who are experiencing homelessness during the many economic changes throughout the 30 years. Augsburg University continues to strive for equity, service, and building community connections through these programs. We are excited to see what the future holds for the Health Commons and all of the ways that we can continue to help serve our community to foster growth, respect, and healing.