Augsburg University educates students to be informed citizens, thoughtful stewards, critical thinkers, and responsible leaders. The Augsburg experience is supported by an engaged community that is committed to intentional diversity in its life and work. An Augsburg education is defined by excellence in the liberal arts and professional studies, guided by the faith and values of the Lutheran Church, and shaped by its urban and global settings.

A College of the Church 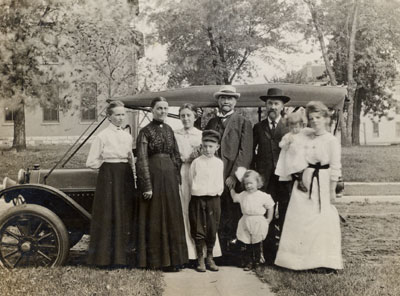 Augsburg was the first seminary founded by Norwegian Lutherans in America, named after the confession of faith presented by Lutherans in Augsburg, Germany, in 1530. Augsburg opened in September 1869, in Marshall, Wisconsin, and moved to Minneapolis in 1872. The first seminarians were enrolled in 1874, and the first graduation was in 1879.

August Weenaas was Augsburg’s first president (1869-1876). Professor Weenaas recruited two teachers from Norway—Sven Oftedal and Georg Sverdrup. These three men clearly articulate the direction of Augsburg: to educate Norwegian Lutherans to minister to immigrants and to provide such “college” studies that would prepare students for theological study.

In 1874 they proposed a three-part plan: first, train ministerial candidates; second, prepare future theological students; and third, educate the farmer, worker, and businessman. The statement stressed that a good education is also practical. Augsburg’s next two presidents, Georg Sverdrup and Sven Oftedal, also emphatically rejected ivory tower concepts of education. This commitment to church and community has been Augsburg’s theme for over 130 years. 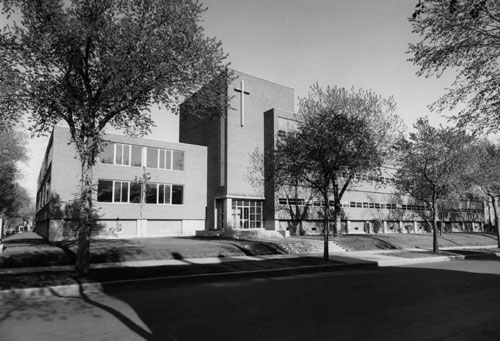 Keeping the vision of the democratic college, Georg Sverdrup, Augsburg’s second president (1876-1907), required students to get pre-ministerial experience in city congregations. Student involvement in the community gave early expression to the concept of Augsburg’s motto, “Education for Service.” Following Sverdrup’s death in 1907,  Sven Oftedal (1907-1911) became president. Like Sverdrup, Oftedal was a supporter of what became known as the New School.

In the early 1890s, Augsburg leaders formed the Friends of Augsburg, later called the Lutheran Free Church. The church was a group of independent congregations committed to congregational autonomy and personal Christianity. This change made Augsburg the only higher educational institution of the small Lutheran body. The college division, however, was still important primarily as an attachment to the seminary.

This attitude began to change after World War I. In 1911, George Sverdrup, Jr. became president. He worked to develop college departments with an appeal to a broader range of students than just those intending to be ministers.

Augsburg admitted women in 1921 under the leadership of Gerda Mortensen, dean of women. She spent the next 42 years at the College as a teacher and administrator. The College’s mission assumed a double character—ministerial preparation together with a more general education for life in society. In 1937, Augsburg elected Bernhard Christensen, an erudite and scholarly teacher, to be president (1938-1962). His involvement in ecumenical and civic circles made Augsburg a more visible part of church and city life. After World War II, Augsburg leaders made vigorous efforts to expand and improve academic offerings. Now the College was a larger part of the institution than the seminary and received the most attention.

Accreditation for the College

Augsburg added departments essential to a liberal arts college, offering a modern college program based on general education requirements and elective majors. With curriculum change came a long effort to become accredited. The College reached accreditation in 1954, although many alumni had entered graduate schools and teaching positions long before that time. A study in 1962 defined the College’s mission as serving the good of society first and the interests of the Lutheran Free Church second. The seminary moved to Luther Theological Seminary (now Luther Seminary) in St. Paul in 1963 when the Lutheran Free Church merged with the American Lutheran Church.

A College in the City 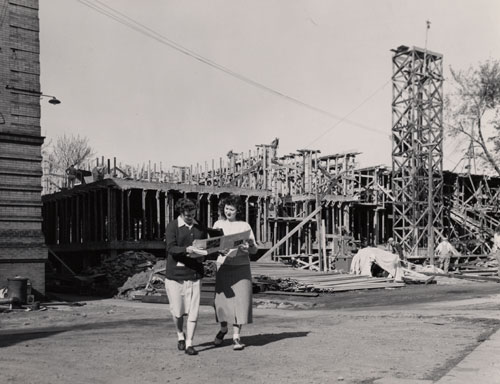 President Oscar A. Anderson (1963-1980) continued Augsburg’s emphasis on involvement with the city. He wanted to reach out to nontraditional student populations, ensuring educational opportunity for all people. During his years of leadership the College became a vital and integral part of the city. Also in these years, Augsburg added the Music Hall, Mortensen Hall, Urness Hall, the Christensen Center, Ice Arena, and Murphy Place.

Dr. Charles S. Anderson led the College from 1980 to 1997. He guided Augsburg’s commitment to liberal arts education, spiritual growth and freedom, diversity in enrollment and programs, and a curriculum that draws on the resources of the city as extensions of campus and classroom.

Some of the accomplishments during his tenure include instituting two graduate degree programs, hosting national and international figures at College-sponsored forums and events, increasing accessibility, and the addition of the Foss Center for Worship, Drama, and Communication; the Oscar Anderson Residence Hall; and the James G. Lindell Family Library.

Dr. William V. Frame became president in August 1997. Under his leadership, the College has sharpened its identity as a college of the city, providing an education grounded in vocational calling, that provides students both the theoretical learning and the practical experience to succeed in a global, diverse world.

Dr. Paul C. Pribbenow became president in 2006. His articulation of a powerful but simple vision for the College—”We believe We are Called to Serve Our Neighbor”—strengthens Augsburg’s institutional calling and reinforces the College’s commitments to global perspectives, living faith, active citizenship, and meaningful work.

Augsburg continues to reflect the commitment and dedication of the founders who believed:

Augsburg is a quality liberal arts institution set in the heart of a great metropolitan center. There are approximately 24,000 Augsburg alumni. In a world that has changed much since those first days of the College, Augsburg still sends out graduates who make a difference where they live and work.