INAATE/SE/ [it shines a certain way. to a certain place/it flies. falls./]

Adam Khalil and Zack Khalil’s debut film re-imagines an Anishinaabe story, the Seven Fires Prophecy, which both predates and predicts first contact with Europeans. A kaleidoscopic experience blending documentary, narrative, and experimental forms, INAATE/SE/ explores how the prophecy resonates through the generations in their indigenous community on the Michigan/Canadian border. With acute geographic specificity, and grand historical scope, the film fixes its lens between the sacred and the profane to pry open the construction of contemporary indigenous identity.

Adam will be hosting the screening of this film and the discussion that follows.  Come and meet Adam!

“The tattered history of the Ojibway people of Michigan’s Upper Peninsula is redeemed through the punk-rock humor of a pair of young native filmmakers in “INAATE/SE/.” -The Wall Street Journal

“An artful and brilliant collage, expressing hope, pain, despair, and the trickster humor that is so evocative of its people.” BOMB Magazine

“Formally adventurous but never esoteric, INAATE/SE is an inimitable model for what radical documentary in the 21st century might be”– Screen Slate 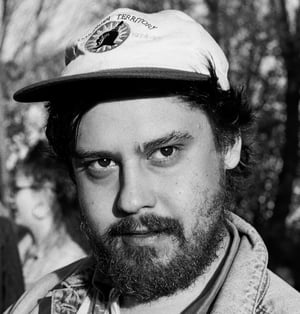 Zack Khalil (Ojibway) is a filmmaker and artist from Sault Ste. Marie, Michigan, currently based in Brooklyn, NY. His work often explores an indigenous worldview and undermines traditional forms of historical authority through the excavation of alternative histories and the use of innovative documentary forms. Zack’s work has been exhibited at the Museum of Modern Art, UnionDocs, e-flux, and Maysles Cinema. He recently completed a B.A. at Bard College in the Film and Electronic Arts Department, and is a UnionDocs Collaborative Fellow and Gates Millennium Scholar.

If you would like to make a tax-deductible donation to the Augsburg Native American Film Series or this project, please send your checks to: