Every September we celebrate Constitution Day to learn more about the Constitution of the United States of America and understand its importance in history and our lives today.

“The Constitution acted like a colossal merger, uniting a group of states with different inter 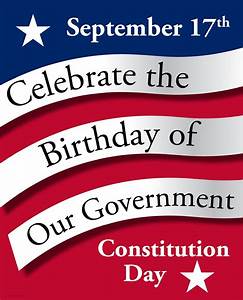 ests, laws, and cultures. Under America’s first national government, the Articles of Confederation, the states acted together only for specific purposes. The Constitution united its citizens as members of a whole, vesting the power of the union in the people. Without it, the American Experiment might have ended as quickly as it had begun.”

Did you know that 2021 is the 50th anniversary of the ratification of the 26th Amendment, which lowered the national voting age to 18 and banned age discrimination in voting?

This is just one of many issues that are covered in this country’s founding document. Voter discrimination and voting rights are critically important issues in our democracy today, just as they were 50 years ago. To learn more about the 26th Amendment, join the Students Learn Students Vote coalition on Constitution Day — Friday, September 17 — with a virtual celebration of the 26th Amendment hosted by the Center for Youth Political Participation at the Eagleton Institute of Politics at Rutgers University.

Constitution Day 2021: Fulfilling the Promise of the 26th Amendment

Lastly, if you live in Minneapolis, make a plan to vote on November 2.

The League of Women Voters hosted a Mayor Candidate forum on September 13, you can watch a recording of it here. If you need help with registration or figuring out where to vote, contact us at the Sabo Center. You can find out more about what’s on the ballot here.