Last summer, MFA faculty interviewed each other so students could get to know them and their work. To learn more about the people teaching in Augsburg’s MFA Program, check out our Podcasts. Interviews include:

For more information or to talk with MFA faculty, e-mail mfa@augsburg.edu Stephan Eirik Clark, Director of the MFA program, is the author of the short story collection Vladimir’s Mustache, a finalist for the Minnesota Book Award, and the novel Sweetness #9. The latter was named one of the twenty-five best books of 2014 by the editors of Amazon Canada, featured on NPR’s “Fresh Air” and The Colbert Report, and reviewed by The Boston Globe, The Chicago Tribune, The Huffington Post, The New York Times, Oprah, and The Toronto Star, among other publications. A former member of USC Film School, Stephan has worked on the film adaptation of Sweetness #9 for Mar-Key Pictures and seen his screenwriting honored by the Monterey County Film Commission and Zoetrope Studios. His prose has appeared in The Atlantic, Ninth Letter, Witness, LA Weekly, and Cincinnati Review, among other places, and twice been recognized as notable in the Best American Essays anthology. A former Fulbright Fellow to Ukraine, he holds a Ph.D. in Literature and Creative Writing from the University of Southern California and a Master’s Degree in Literature (creative writing emphasis) from the University of California, Davis. Born in West Germany, Clark split much of his childhood between England and the United States. He has lived in five states and five countries, and now resides in St. Paul. Find him online at www.stephanclark.com. 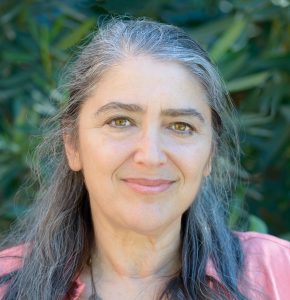 Alice Eve Cohen is a NYC based playwright, solo theatre artist and author. She won the 2019 Jane Chambers Playwriting Award for In the Cervix of Others. Her solo play, What I Thought I Knew—an O’Neill finalist, nominated for 5 regional Broadway World Awards—is adapted from her memoir, winner of Elle Grand Prix for Nonfiction and Oprah magazine’s 25 Best Books of Summer. Other plays include Mrs. Satan & The Nasty Woman, Thin Walls, Oklahoma Samovar, and Hannah and the Hollow Challah. Her plays have been produced/ developed by the Kitchen Theatre, New Georges, Ensemble Studio Theatre, NY Theatre Workshop, Minnesota Jewish Theatre Company, Galway Theatre Festival, Jerusalem’s Theatre Bama and many more. She has written television for Nickelodeon and CBS and her books are published by Penguin and Algonquin. A recipient of playwriting fellowships from NY State Council on the Arts and VCCA, she’s a member of NY Theatre Workshop Usual Suspects, Ensemble Studio Theatre, EST Playwrights Unit, and Honor Roll. BA, Princeton University; MFA, The New School. Cohen teaches at Augsburg University’s MFA Creative Writing Program and The New School Creative Writing Program, where she is nominated for the 2020 Distinguished University Teaching Award. Heid Erdrich bases her mentorship on individual needs and interests while connecting MFA candidates to one another for peer support. Heid is author of six collections of poetry and winner of a National Poetry Series award for LITTLE BIG BULLY, due out in 2020 from Penguin. She is editor of two anthologies of literature by Native writers, most recently NEW POETS OF NATIVE NATIONS from Graywolf Press. Her non-fiction work is Original Local: Indigenous Foods, Stories and Recipes. Heid’s writing has won awards and support from Native Arts and Culture Foundation, Loft Literary Center, Minnesota State Arts Board, Lannan Foundation, Minnesota Book Awards, and more. You can see her collaborative poem films on her Vimeo channel. Heid grew up in Wahpeton, North Dakota and is Ojibwe enrolled at Turtle Mountain. 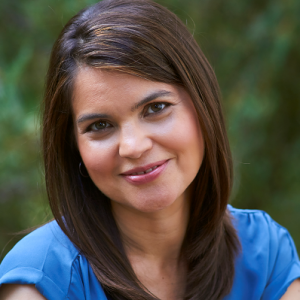 Anika Fajardo was born in Colombia and raised in Minnesota. She is the author of Magical Realism for Non-Believers: A Memoir of Finding Family (University of Minnesota Press) and a middle-grade novel, What If a Fish (Simon & Schuster Books for Young Readers). Her work has earned awards from the Jerome Foundation, the Minnesota State Arts Board, and the Loft Literary Center and has appeared in various publications and anthologies including Brief Encounters: A Collection of Contemporary Nonfiction (WW Norton). She serves on the board of the Loft Literary Center and is a member of Las Musas, a national collective of Latina/x writers for children. A teacher and former librarian, she also works as a freelance copy editor and web designer. 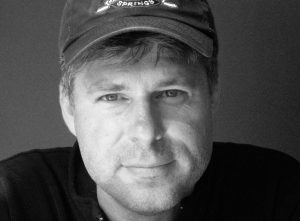 Andy Froemke hails from the Deep South but began his storytelling career following Robert Redford around the rivers of Montana, co-producing/co-directing Shadowcasting: The Making of A River Runs Through It. The documentary garnered a Regional Emmy nomination, and won a Gold Hugo at the Chicago Film Festival.

After moving to Minnesota, he turned his focus from production to screenwriting. Over the years, he’s optioned several scripts and worked with a variety of indie production companies. Andy has been a four-time McKnight Screenwriting Fellowship Finalist and in 2016 won the Screenwriting Residency by Film North and the Knight Foundation. His most recent screenplay is currently in development at Amazon Studios with Academy Award winner Charles Burnett attached as director.

A short film he wrote and directed, SONG WITHOUT WORDS, was an award-winner at the 2019 LA Shorts International Film Festival. 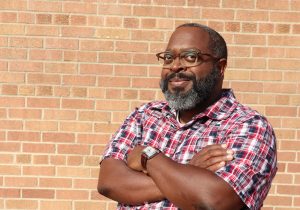 Michael Kleber-Diggs is a poet, essayist, and literary critic. His debut poetry collection, Worldly Things, won the Max Ritvo Poetry Prize and will be published by Milkweed Editions in June, 2021. Michael’s writing has appeared or is forthcoming in Poem-a-Day, Poetry Northwest, Potomac Review, Memorious, Rain Taxi, Lit Hub, McSweeney’s, Poetry City, North Dakota Quarterly, Pollen Midwest, Paper Darts, Water~Stone Review, Midway Review, and a few anthologies. Michael is a past Fellow with the Givens Foundation for African-America Literature, a past-winner of the Loft Mentor Series in Poetry, and the former Poet Laureate of Anoka County libraries. His work has been nominated for a Pushcart Prize and Best of the Net. It has also been supported by the Minnesota State Arts Board and the Jerome Foundation. Michael is married to Karen Kleber-Diggs. Karen and Michael have a daughter who is pursuing a B.F.A in Dance Performance and SUNY Purchase. Carson Kreitzer is a recent Guggenheim and MacDowell Fellow; her musical Lempicka, about art deco artist Tamara de Lempicka, written with composer Matt Gould and directed by Rachel Chavkin, can be seen at the La Jolla Playhouse this Spring. Current projects include Capital Crime!, a play with songs set in Gilded Age New York, and TIMEBOMB, a new play about climate change for the American Repertory Theatre. She is a Core Writer with The Playwrights’ Center, an alumna of New Dramatists, and was the first Playwrights of New York (PoNY) Fellow at the Lark. Her collection SELF DEFENSE and other plays is available from No Passport Press. 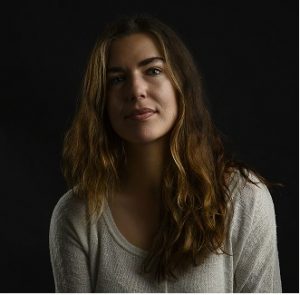 Kathryn Savage is a hybrid writer whose debut lyric essay collection, GROUNDGLASS, is forthcoming from Coffee House Press. Her writing has appeared or is forthcoming in American Short Fiction, the Guardian, Poets & Writers, BOMB Magazine, and the Academy of American Poets poets.org, among others. Recipient of the 2018 Academy of American Poets James Wright Prize, she’s been awarded grants, fellowships, and residencies from the Bread Loaf Writers’ Conference, Napa Valley Writers’ Conference, Minnesota State Arts Board, Millay Colony, Ucross Foundation, Vermont Studio Center, and Tulsa Artist Fellowship. Savage teaches creative writing and composition at The Minneapolis College of Art and Design (MCAD), and the University of Minnesota. 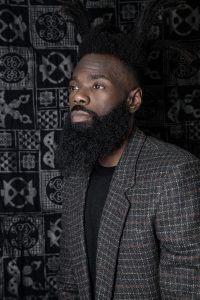 TyLie Shider is a two-time recipient of the Jerome Fellowship at the Playwrights’ Center and an I Am Soul playwright in residence at the National Black Theatre. His recent plays include: Parable of the Backyard Roots (2019 Bay Area Playwrights Festival, Finalist), Bastard, and The Sign in My Window. He holds a BA in Journalism from Delaware State University and an MFA in Dramatic Writing from NYU. Lindsay Starck, Associate Director of the MFA program, was born in Wisconsin and raised in the Milwaukee Public Library. She earned her B.A. in Literature from Yale, her M.F.A in Fiction from Notre Dame, and her Ph.D. in Comparative Literature from the University of North Carolina at Chapel Hill. At UNC, she served first as Fiction Editor and then as Editor-in-Chief of The Carolina Quarterly. Her first novel, Noah’s Wife, was published by G.P. Putnam’s Sons in January 2016. Her work has recently appeared or is forthcoming in The Cincinnati Review, Ploughshares, The Southern Review, and The New England Review.

Hear Lindsay speak about her work and teaching in Episode One of our Meet the Mentors podcast. Cary Waterman is a poet and creative nonfiction writer. Her published books include The Salamander Migration (University of Pittsburgh Press), When I Looked Back You Were Gone (finalist for the Minnesota Book Award), and Book of Fire (Nodin Press). Her work appears in many anthologies including A Geography of Poets, Poets Against the War and The Logan House Anthology of 21st Century American Poetry. She has won awards from the Bush Foundation, The McKnight Foundation and the Minnesota State Arts Board. She has had residencies and the Tyrone Guthrie Centre in Ireland and the MacDowell Colony. For many years she was Poet-in-Residence with the Minnesota Writers in the Schools program. She has an undergraduate degree in English from the University of Denver and a master’s degree from Minnesota State University-Mankato.

James Cihlar has worked as a Managing Editor, Poetry Editor, and Director of Marketing and Sales at such presses as Milkweed Editions, Coffee House Press, and New Rivers Press, and he has worked as a freelance copyeditor for Etruscan Press. He is the author of the poetry books Rancho Nostalgia, Undoing, A Conversation with My Imaginary Daughter, and Metaphysical Bailout. His writing has appeared in The American Poetry Review, The Threepenny Review, Prairie Schooner, Nimrod, and Lambda Literary Review. He has won the Bloom Chapbook Prize, and he has received three Artist Initiative Grants in Poetry from the Minnesota State Arts Board.