Each year, our program enjoys visits from a handful of celebrated writers. Last summer, we were honored to host the following: 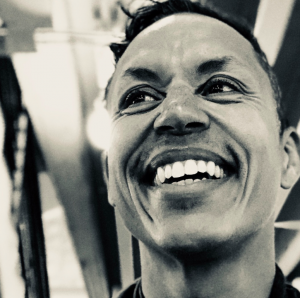 Daniel Alexander Jones’ original work includes plays, performance pieces, recorded music, concerts, music theatre events, essays, and long-form improvisations. Energy is his true medium. He creates multi-dimensional experiences where bodies, minds, emotions, voices, and spirits conjoin, shimmer, and heal. Jones has recorded five albums of original songs as his alter-ego, Jomama Jones. He is recognized as a key voice in the development of Theatrical Jazz and has made a significant contribution to Black Experimental Theatre and Performance. He is currently developing ☾Altar no. 5⚡︎, a commission of the Public Theater developed in partnership with New York Live Arts. Daniel’s roots reach deep into Black American and Queer Performance traditions, and his work explores ideas of the Afromystica. Daniel’s numerous awards include a TED Fellowship, a Guggenheim Fellowship, Doris Duke Artist Award, an Alpert Award in the Arts, a USA Artist Fellowship, and many more. 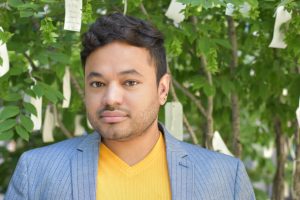 Roy G. Guzmán was born in Tegucigalpa, Honduras, and grew up in Miami, Florida. They are currently pursuing a PhD in Cultural Studies and Comparative Literature at the University of Minnesota, where they also received an MFA in creative writing. Roy is the author of the chapbook Restored Mural for Orlando and co-editor of Pulse/Pulso: In Remembrance of Orlando. Their work has appeared or is forthcoming in Epiphany, Lit Hub, Poetry, The Rumpus, Hayden’s Ferry Review, Best of the Net 2017, and Best New Poets 2017. Roy is a 2019 National Endowment for the Arts Fellow and a 2017 Ruth Lilly and Dorothy Sargent Rosenberg Poetry Fellow. Their debut collection, Catrachos, was published this year by Graywolf Press. Photo credit: Kai Cogan. 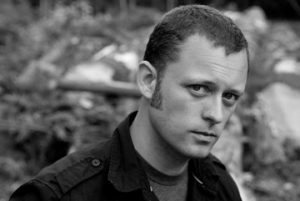 Ben Percy is an award-winning, genre-bending novelist, comics writer and screenwriter. His works are now widely taught in creative writing classrooms. Percy broke into comics in 2014. He is known for his contributions at Marvel. His fiction and nonfiction have been read on National Public Radio, performed at Symphony Space, and featured in numerous publications. His honors include a fellowship from the National Endowment for the Arts, the Whiting Writers’ Award, two Pushcart Prizes, the Plimpton Prize, and inclusion in Best American Short Stories and Best American Comics. And his story “Refresh, Refresh” was included in 100 Years of the Best American Short Stories.