An Enemy of the People written by Henrik Ibsen adapted by Darcey Engen and Luverne Seifert with music by Brian Laidlaw and Ashley Hanson, will be presented by Sod House Theater and tour eleven rural cities in Minnesota from July 25 – August 26, with a run in Hastings early September (TBA), 2018. The Sod House is teaming with local talent that includes a number of Augsburg University alumni!

This classic play examines how a community responds when a local doctor threatens to expose that the water it relies upon for tourism is being poisoned. The play questions how far a community will go to protect their town’s secret in order to avoid financial ruin. It will be performed at site-specific locations that are important to the historical narrative of each community.  Performance locations include town halls and river parks. “We’ve chosen communities to perform with that have recently experienced water pollution issues and whose lakes and rivers are a major contributor to their tourism economy,” said Luverne Seifert, co-artistic director of Sod House Theater. After each performance, water experts from local organizations will facilitate conversations centered on local water issues in hopes that the play and community dialogue will inspire water conservation.

Sod House Theater is a Minneapolis based theater whose mission is to perform in venues that serve historical significance in small-town communities. The works they choose to perform are relevant to the small-town atmosphere. Their goal is to be interactive in the communities by performing with local actors and at historical sites. They have been touring greater Minnesota since 2011.

Tickets for “An Enemy of the People” are $15 for adults; $10 for Children, Students, and Seniors.

Tickets are available at www.sodhousetheater.org. For show information call 612-414-2032.

Alumni who are leading the project:

Alumni who are performing in the Taylors Falls Production: Augsburg alumnus Brett Batterson ’80 had big shoes to fill when he took the job as President and CEO of Orpheum Theatre Group in Memphis, Tennessee. Prior to his arrival,the theatre had been recognized at the Tony Awards on three different occasions. Under Batterson’s leadership, as part of the Independent Presenters Network, the Orpheum Theatre Group can now claim a share of the 2018 Tony Award for Best Musical! The Independent Presenters Network is an above-the-title producer of the 10-award winning show, The Band’s Visit.

In high school, Batterson was an actor in his school’s theatre productions. When he came to Augsburg, one of his theatre professors, Michael Beery, showed Batterson his potential to create the scenes on the stage itself as a set designer.

“I had wonderful professors at Augsburg including Julie Driver and Ailene Cole, but Michael Beery had the most profound effect on my career.” says Batterson.

Beery helped guide Batterson onto a path where he could find great success. He did perform in one show at Augsburg, but spent the rest of his time behind the scenes creating and designing sets While still a student at Augsburg, Batterson had the opportunity to work at The Guthrie Theater, Minnesota Jazz Dance Company and Minnesota Opera Company. Following Augsburg, he took the skills he learned and advice from Professor Beery and obtained his M.F.A. in set design from Tulane University. For 15 years he continued his stage design career until he discovered another passion – arts management. Batterson spent 10 years at Michigan Opera Theatre in Detroit as the company’s Chief Operating Officer. Then another 11 years as the Executive Director of the national historic landmark Auditorium Theatre in Chicago, Illinois. He has been in his current position as President and CEO of Orpheum Theatre Group in Memphis since 2016.

“Theatre education, like I had at Augsburg, builds better people,” said Batterson, “Whether they go into theatre or not, they will go into the world better prepared to succeed.”

Perhaps this title conjures up confrontational images from the evening news—or memories of last year’s election. But for Stephanie (Lein) Walseth ’00 and Sam Walseth ’00, politics and drama are their lifeblood, and they co-exist amicably in their household.

Both Stephanie, whose theater experience in the Twin Cities is extensive, and Sam, who is president of a lobbying firm near the state capitol, are pursuing careers that are fulfilling and energizing to them. However, balancing the demands of their work schedules with their home life gets somewhat tricky these days. Two reasons for that are Graham (4-1/2) and Madeline (21 months), who can keep them scrambling.

But Sam says that being a daddy means everything to him—and that being a parent changes one in so many ways. “It’s the most awesome and difficult job” he’s ever had, and he particularly enjoys wrestling with them. As a lobbyist for clients who are mostly public-sector, nonprofit organizations in the areas of public education, youth development, and human services, Sam is on call 24/7 when the legislature is in session. With that reality, having friends and family who are willing to help with the kids in a pinch is a blessing. The jury is still out on whether he will have time to return to his guitar lessons, or whether Stephanie will get a chance to complete the kids’ scrapbooks.

How does one become a lobbyist? Sam’s involvement in student government at Augsburg led to his candidacy for an internship in his senior year. That internship, in turn, led him to the state capitol and, he says, he “hasn’t been able to get away since.” As president of Capitol Hill Associates, he takes satisfaction in succeeding on behalf of his clients, especially when he feels good public policy has actually been made. One of his most memorable days at the capitol involved securing major levy authority for rural school districts to take care of deferred maintenance issues. “This doesn’t sound very sexy,” he says, “but it closed a huge funding inequity and really helped rural school budgets.”

For Stephanie, there was no mystery about career choice; she knew as a little girl that theater would be her vocational path. She loved it then and still does. She is continually impressed with the multitude of ways one can be involved in the performing arts, and she has not been timid about pursuing numerous avenues. Her Augsburg experience was, she says, “pivotal” to her artistic philosophy and career, and she went on to complete an MA and PhD in Theatre Historiography at the University of Minnesota.

With professional theater experience that includes acting, directing, dramaturgy, playwriting, and stage management, as well as arts administration, and educational work within academia and theater companies, Stephanie now finds herself at an interesting crossroads. The career possibilities that are most compelling include some combination of freelance artistic work, full-time work in the nonprofit sector, and positions within higher education. Whichever direction she veers, her work and life will likely focus in some way on social justice, a topic that has always been a passion for her.

Sam and Stephanie have stayed in touch with many Auggie classmates, including Erica Huls ’01, who snapped the family photos that accompany this story. Stephanie grew up around Augsburg since her mother, Cindy Peterson, served for 35 years on the staff (American Indian Student Services, and Scholastic Connections), retiring just last August. In her theater work on the Augsburg faculty (she has taught as an adjunct in the department since 2011), Stephanie has especially enjoyed becoming a colleague of the professors who taught her, such as Darcey Engen ‘88 and Michael Burden ’85.

Further solidifying the “Augsburg connection,” the Full Circle Theater Company, which Stephanie co-founded with four other Twin Cities theater professionals in 2013, has brought together her Augsburg prof/advisor, Martha Johnson (co-artistic director), and Johnson’s husband, Rick Shiomi (other co-artistic director), who was also the artistic director of Mu Performing Arts and Stephanie’s boss when she was managing director for that company. For Stephanie, the name of the company—Full Circle Theater—reflects not only the intent to address the multiracial, multicultural, multi-generational realities of contemporary America in all of its nuanced complexity, but also Stephanie’s own full circle in “coming home” to work with friends Martha and Rick. The company has created an opportunity for her to return to her roots as a practicing artist, and to expand the circle to include even more theater-makers, artists, and audiences.

Sam and Stephanie first met each other in the chapel on the first day of their freshman orientation. Years later, they were married by Pastor Sonja Hagander in the very same space, and both Graham and Madeline were baptized by Pastor Sonja there as well. Augsburg definitely feels like home to them! 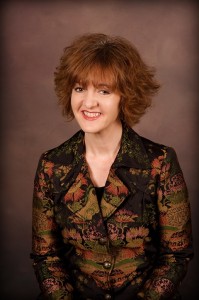 When Kari (Eklund) Logan ’82 agreed to assist a client in raising public awareness of the value of trees, she decided to hang huge price tags on the trees in the front yard of Minnesota’s State Capitol. The client, the Minnesota DNR’s Division of Forestry, was pleased. In fact, the rush of media attention that followed resulted in the act’s replication by foresters across the country and even other parts of the world.

At CEL Public Relations (Plymouth, Minn.), where Logan heads up the media relations team, capturing the public’s imagination is the norm. With eight years’ prior experience in TV news and programming (WCCO-TV and KSTP-TV), Logan is well-connected and can pull out all the stops (websites, newsletters, TV coverage, campaigns, and numerous other marketing communications) in order to assist CEL clients. Primarily a writer, she especially enjoys the diversity of subjects that cross her desk every day, including CEL’s signature areas of service—education, urban forestry, financial services, and the arts.

Having joined the firm in 1990, when it was only two years old, Logan has helped increase awareness in numerous areas, including pregnancy and infant loss, Alzheimer’s disease, Parkinson’s disease, and eldercare. She has worked and dined with famous chefs, including Ina Garten and Andrew Zimmern. In 1993 she became a partner in the firm. 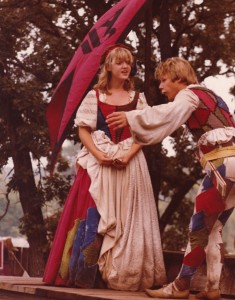 When she isn’t writing, you may find her singing in a theatrical production. Logan recalls her first visit to Augsburg, as a junior high student, to see Godspell with her older sister, Lori (Eklund) Quello ’77, then a student at Augsburg. That night, Logan knew she “had to be part of Augsburg Theater.” END_OF_DOCUMENT_TOKEN_TO_BE_REPLACED