While many have shaped Seeing Things While, three voices in particular— Robert Greenleaf, Jitsuo Morikawa, and Dick Broholm—shaped our mission and understanding of the nature and purpose of organizations. Their work guide and motivate us to continue to evolve and grow in wholeness. Born in Terre Haute, Indiana, Greenleaf graduated from Carleton College in Minnesota before working for AT&T. For more than 40 years, he researched management, development and education. He came to realize that the power-centered authoritarian leadership style so prominent in U.S. institutions was not working, and in 1964 he took an early retirement to found the Greenleaf Center for Servant Leadership. He challenged organizations to consider the theological issues of origins and ends, of power, love and justice, just as they have learned to handle the practical issues of operations efficiency and financial management.

“I deem it imperative that a new and compelling theology of institutions come into being. It is my hope that contemporary churches will take the lead to produce it. Our times are crying out for such leadership.” 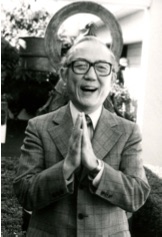 Born of Buddhist parents in Hammond, British Columbia, Morikawa converted to Christianity at age 16. Shortly after graduating from UCLA and the Southern Baptist Theological Seminary, Morikawa was forcibly placed in internment camps during World War II. He served as a pastor at a camp in Poston, Arizona, for 18 months. After his release, he continued to pastor several churches, including Riverside Church in New York and the First Baptist Church of Ann Arbor. Morikawa received six honorary doctorates of divinity, helped establish the University of Michigan Conference on the Teaching of Ethics and Values. 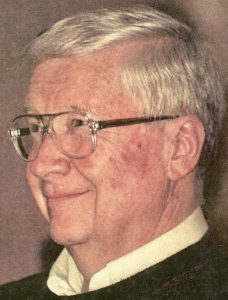 Broholm began his professional career in 1957 as an associate pastor to Dr. Edwin Dahlberg in St. Louis, Missouri. From there, he became the Baptist Chaplin at the University of Wisconsin in Madison. In the early 1960’s, he began working with Jitsuo Morikawa, which led to full time work representing the division of evangelism. In 1966, Broholm established the Metropolitan Associates of Philadelphia, which became a World Council of Churches action research study focused on what lay people do in and through their workplace. In 1974, he joined Hay Associates, a human resource consulting group in Boston. During this time, he was in regular conversation with thought leaders in the area on the ministry of the laity, which ultimately led to the establishment of the Center for the Ministry of the Laity at Andover Newton Theological Seminary in Newton Centre, Massachusetts. In the mid-1980s, Broholm began a working relationship with Bob Greenleaf that eventually led to a full-time position at the Greenleaf Center. He worked for the Lilly Endowment for several years, and in 1993, he co-founded Seeing Things Whole. Broholm continued to be actively engaged in both mentoring young people and as a thought partner in his lifelong journey of exploring the ministry of the laity until his death in 2018.

“While many organizations have broken down or become destructive, they are, on the whole, ordered ways of serving God’s people by meeting needs and solving problems. We do need them. …But, in that they have been structured in such a way that they do not serve all of God’s people, but primarily those who are wealthy, white, male and western, they must be changed. In that they are structured in a way which keeps us isolated, alienated and frustrated, they must be restructured. They must be made more human-oriented: they must be humanized.”

The Roundtable is open to the public but advanced registration is required.