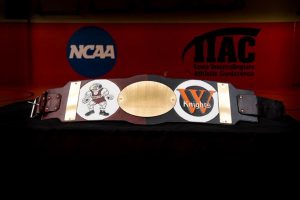 Augsburg wrestlers will celebrate 70 years of wrestling history at Thursday night’s “Battle of the Burgs,” an annual battle between Augsburg University and Wartburg College.

“It’s really inspiring and just being able to be a part of that is really big. I just want keep adding to [the wall of trophies] and making the past generations of wrestlers proud,” Epps told KSTP about what it is like to be part of this annual tradition.

The “Battle of the Burgs” will take place at Augsburg University on Thursday, January 31st at 7:30 p.m. at Si Melby Hall.