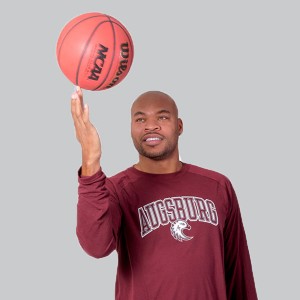 Augsburg University basketball star Devean George, who went on to three NBA championship titles, was honored by the NCAA during men’s Final Four week as one of its 2019 Living Legends.

George grew up in North Minneapolis, played at NCAA Division III Augsburg and went on to play 11 seasons in the NBA, winning three championships with the Los Angeles Lakers. Off the court, George devoted his time and energy to numerous Minneapolis charitable organizations focused on families, education and children.